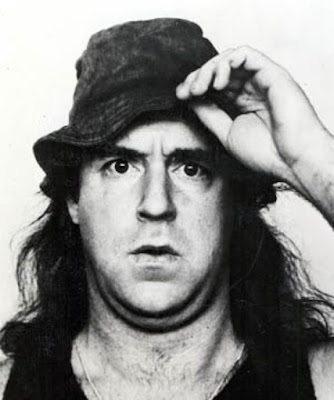 That wonderful nation at the bottom of the earth. A haven for hobbits and homegrown heroes. The populous in touch with its beautiful land – guardians of a paradise. Why then, is this country of self-proclaimed problem solvers being strangled by an old guard of out of touch, science denying “once were farmers”?  A country being led hands-tied to a dry and toxic future. A minor issue, it would appear to anyone watching this lack of leadership, I’m moaning about water – the fresh kind.

The link between intensive livestock farming and the degrading environment has long been acknowledged and proven by the scientific community. Our waterways have suffered immensely and over 60% of monitored rivers and lakes are unsafe for swimming; we lead the world in the proportion of threatened freshwater species (74%); and at 23% of monitored groundwater sites, pathogen levels exceed human drinking standards.

In the past week, a Campylobacter outbreak in Havelock North’s water supply, potentially resulting in a human death, has been linked to livestock.  Mention anything about the state of New Zealand’s freshwater however, and the mobs of industry shareholders and representatives preemptively rise to the surface, denying responsibility, shifting blame, reminding us New Zealand is agricultural at heart. You’re branded traitorous and anti-farming for raising concern over the natural environment.

This vitriol is from a consortium which has been ramping up intensification for decades. A process which has resulted in the industrial takeover of farming communities and has forever altered the physical and psychological landscape of the country. A fact that seems lost on apologists who shamelessly manipulate the memories of our Ches N Dale roots. They’ll continue and opine perspectives don’t matter if you’re not a farmer, or have priorities other than farming for our natural resources. Business looking out for business.

So where are the regulators, the councillors, and the ministers who are elected to protect our public resources? With very little investigation, one quickly finds that these same industry individuals sit on regional boards and councils, granting consents for water takes and discharges, and deciding just how harshly penalties are enforced.

Only recently, a Fonterra shareholder, who’s outright denied nutrients are a pollutant, has told international audiences that any New Zealand waterway is drinkable, has argued against turning to less fertiliser intensive systems, and even claimed nitrate toxicity is a non-issue, has been appointed Chief Scientist of the EPA (Environmental Protection Authority). Concern about this type of conflict of interest and about the independence of science in New Zealand has been raised before. To appoint such an opponent of environmental regulation as the head of science for the EPA, is illuminating of the current leadership’s commitment to protecting our natural resources.

Better still, from our farming leaders and consultants, we have the imaginary wedge between urban and rural dwellers eagerly being pounded. The top consultants spend their time scaremongering the public and farmers alike claiming environmental protection costs too much and it will lower their land value. This type of demeaning dialogue is common although it’s always surprising to see how rapidly the leaders of industry will alienate and belittle the vast majority of the New Zealand population (and presumably their domestic market).

Our elected ministers either deny there is a problem and smugly ignore calls from the public for change, or say safe water is too much to expect. A cavalier attitude to misinformation that not only insults the farming and the urban populations, but actively backtracks on the progress made between our rural and urban communities, in having a cooperative approach to managing our common resources. Not to mention, it is plainly ruining our environment in front of our eyes as our leaders thus far has been impotent to put the most basic freshwater protections in place.

It is embarrassing to watch an industry proclaim its leadership on a global stage while creating a New Zealand bent on pushing to absolute destruction and loss of our environment. Kiwis and the world watch on as leaders are yet to make real and meaningful change a political or industry priority. We fumble with regulation, dodging anything concrete and scratch our heads –  “If only there was a way to turn a farm profit without turning our water into a dead zone?” Where is our farming heritage now I ask?

We must remember that the resistance to change is from leaders of an industry that, to date, has had completely unbridled access to all of our natural resources for a private income. The vast majority of dairy farmers, the substance within the industry, saw that income halve recently when milk payouts dropped again. These farmers, after years of incentivised growth through borrowing are killing themselves in record numbers, unable to service the debt any longer. “Such is the way of global commodity markets”, we hear from industry and government alike. Stigmatised with the blame for environmental damage, our real farmers have a hard time maintaining a positive outlook. Time and time again they are left in the lurch when industry cuts payouts. They are used as scapegoats for industry to continue intensifying, while still shouldering all the responsibility of what such industry practices do to our common environment. It is our farmers also, not industry, who are left with insurmountable debt when this unsustainable system collapses.

An estimated 4.5 million people live in New Zealand, with over 1 million of those living in Auckland, our biggest city. More people continue to move to the cities and want to enjoy a safe New Zealand environment in their spare time. The loss of this safety for the sake of industry profits seems bizarre. It is senseless that the majority of New Zealand is still held ransom for our resources by leaders who refuse to lead.

The public are calling out for change. We rely on our clean drinking and recreational water to survive. Why there isn’t a much finer magnifying glass placed over those individuals encouraging the breakdown of relationships between farmers and the rest of us, I’m not sure. Why do we accept the misinformation and spin doctoring, the rampant campaigns of social disruption and threats at the expense of our own environment?  How long will we allow ourselves to be held ransom by this conflicted and immoral leadership? As the rest of the able-world is taking leaps and bounds honouring global commitments to resource protection, New Zealand’s leaders treat fatalities and sickness caused by poisoned water with indifference.

As a nation we all need to ask ourselves how many more deaths, illnesses, and destroyed identities we are willing to stomach. How long before we emerge out of this chrysalis of nostalgia, roll up our sleeves, and address these problems like true leaders would?

Previous StoryTourism congestion: How do we protect our pressure points
Next StoryFishy catch-up?