This is the “biggie”.

Based on the article from Taupo Times 13 November 2015 – by Matt Shand describing the ambitious plan to build a 50km bike trail connecting Taupo and Turangi could mean big money for both towns when it gets the green light.  But first some background stuff:

The project was proposed by Destination Great Lake Taupo (Damian Coutts) and Bike Taupo (Rowan Sapsford) and aimed to make Taupo to Turangi (T2T) towns a destination for tourist cyclists of all skill levels in the same way the Otago Central Rail Trail has revitalised South Island towns along the route. 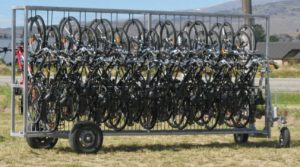 Now the Government have announced their continued sponsorship towards tourist bike trails:

As the Government Department involved with sponsoring bike tracks has been under media attack following a whistle blowers leaked report on excessive spending on consultants, (MBIE – Ministry of  Business Innovation and Employment) we have tried to detail their contributions.  Without them many would never have started.

In February 2014, $8 million over four years was announced for the Maintaining the Quality of Great Rides Fund. A total of $4.2 million had been approved for 46 projects across 19 Great Rides. 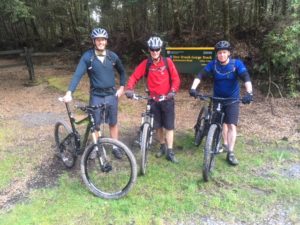 In 2016 the Government invested $837,132 in nine new projects for the upkeep of the New Zealand Cycle Trail.  That investment came from the fifth round of the Maintaining the Quality of Great Rides Fund.  An evaluation released in October 2016 estimated that the Great Rides had produced $37.4 million in economic benefits in 2015 alone, through revenue from visitor spending.

The nine projects to receive funding last year from the ‘Maintaining the Quality of Great Rides Fund’ were: 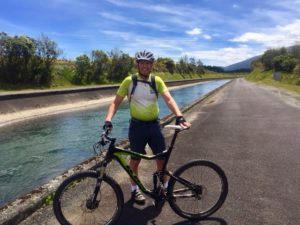 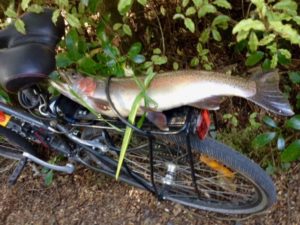 We have repeated all the claims so you can understand Turangi are not trying to be greedy – Turangi just deserves a proportionate share.  After comparing the tourist impacts from the above grants it appears unfortunate that the most deserving tourist trail proposal is still missing out on the sponsoring is the T2T (Taupo to Turangi) bike trail?

Turangi is still waiting to develop the T2T Bike Trail around the eastern edge of Lake Taupo…  It is worth waiting for as it should easily become the most popular in NZ.  It will do more for Turangi than any other single proposal.  But Turangi has been neglected again…  Taupo Council have failed Turangi – again.

In the same eight years since the original T2T to connect with Tree Trunk Gorge  was proposed to Taupo Council, other bike trails have been conceived, developed and are now being extended – i.e. The Timber Trail, The Hauraki Trail, etc..  Meanwhile Turangi waits… 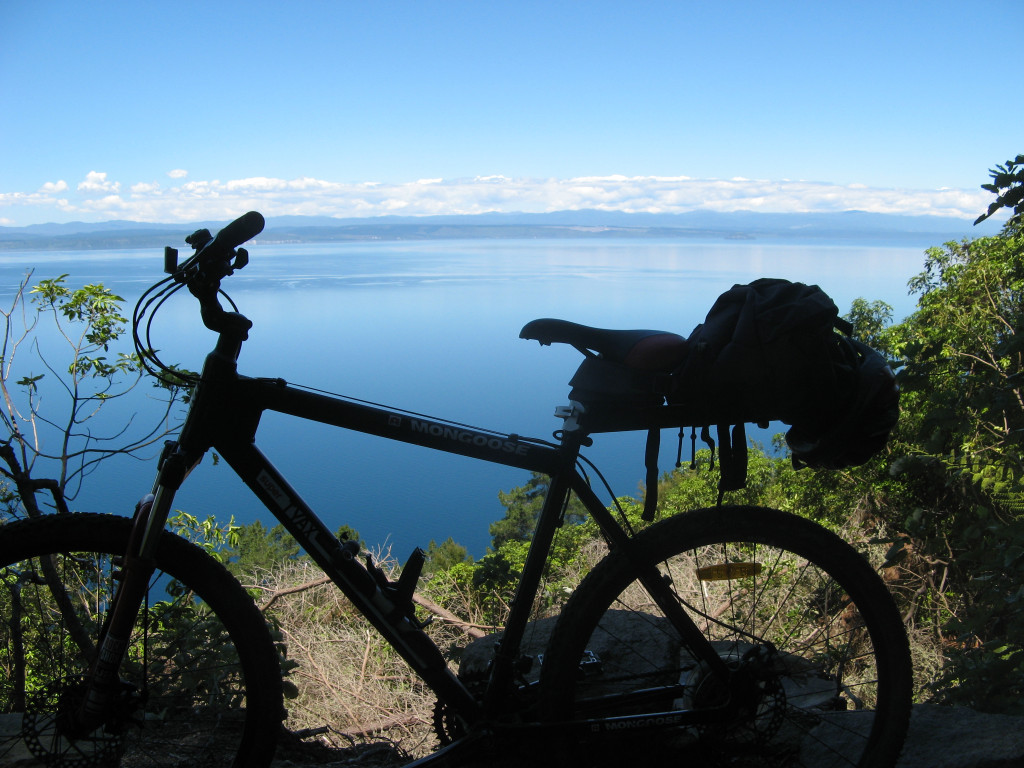 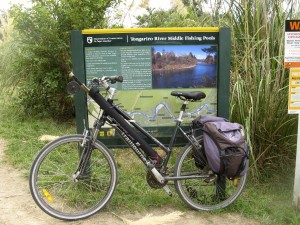 After considering the rapid development and increasing popularity of so many successful tourist mountain bike trails throughout NZ, it is quite surprising that this T2T trail has not already been completed years ago.

At last the good people at Destination Great Lake Taupo – “DGLT” – the Taupo Council’s tourism promotion team lead by Damian Coutts – realised the dream of many.  DGLT commissioned a feasibility report on the T2T (Taupo to Turangi) bike trail to sort out the exact route, cost benefits, etc. for Government funding purposes.

According to many in Turangi, it was a nonsense – prepared by Perception Planning Ltd of Taupo (can hardly be described as independent?) planning consultants associated with Bike Taupo, who calculated the costs of the T2T 42 km trail following SH1 at over $18 Million? 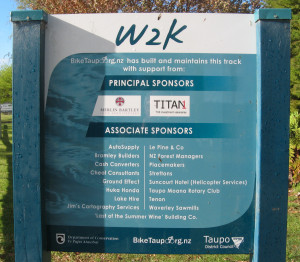 No other bike trail in NZ cost anywhere near that?

The specification for a 2.5 m wide trail was excessive.

No wonder many months later nothing more has been achieved.

Most of the Taupo bike trails were designed and built by keen fit bike club members to create challenging routes where their members wanted to test their biking skills and improve their fitness for endurance events, etc.  They are too tough for tourist novices.  There is nothing at all wrong with that except the original Government funding (Nga Haerenga) for bike trails was supposed to be directed towards encouraging tourism – particularly aimed at  the more remote or marginally economic locations that were missing out on many benefits from the tourism bubble – like the Republic of Turangi? 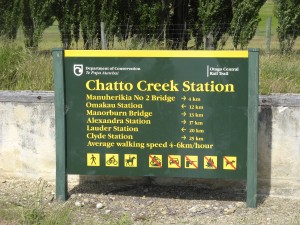 But tourism is the biggest employer and most important industry in this Taupo region.  There is strong demand for a longer one-two-three day bike trail more suitable for the broad range of tourists of all ages and abilities, rather than physically testing routes largely restricted to keen fit mountain bikers or bike club members in remote locations, such as Waihaha. 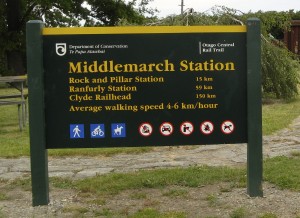 Just consider where some of the bike trails are located?  The latest locally is the Timber Trail leading from a popular tourist hot spot to another tourist mecca – Benneydale to Ongarue?  i.e.  The target market, domestic and international tourists, would be lucky to find either and then there is always the other difficult logistical issues –  transport problems to get bikes back to the start, affordable bikers accommodation at either end, etc. 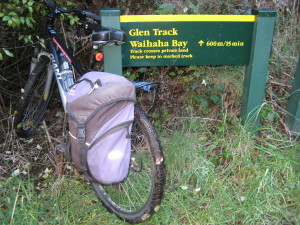 DOC invested more than $5 million on this 80 km multi-day Timber Trail mountain bike ride in a remote wilderness..  Despite those limitations it attracted over 6.500 riders over the past year. Comparatively this T2T proposal following SH 1 should attract ten times as many visitors.  Which brings us on to DOC.

Throughout NZ, DOC currently has over 1600 km of tracks for bikers with 19 of the 23 Great Rides developed as part of Nga Haerenga on public conservation land.

DOC is also the manager and primary developer of four of these bike trails including the central North Island Timber Trail, and three in the South Island being Queen Charlotte Trail, St. James Cycle Trail and Otago Central Rail trail.

DOC also opened the Heaphy Trail for seasonal mountain biking last year after a three year trial.  The Heaphy Trail is visited by more than 10,000 walkers each year.  It has been improved over recent years with over $4 million spent on track upgrades, three hut replacements and other bike friendly facilities such as bike washing stations and widening bridges for bikers. 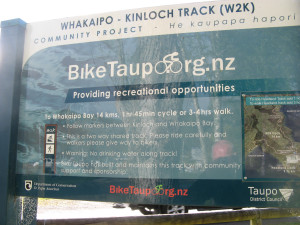 The daddy of all NZ’s bike trails, the Otago Central Rail Trail, has attracted more than 20,000 annual visitors for each of the past seven years with about 40% traveling to Clyde from the North Island.  The Otago Central Rail Trail provided the specification for many others to follow.  So TRM are surprised that DOC have not been more involved financially, as compared to many of the other tracks, the commercial success of T2T is a no-brainer. 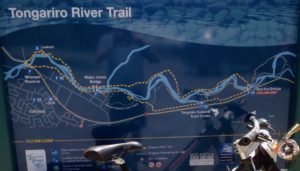 The T2T is a natural fit for DOC as it would link their other bike tracks to tourist destinations such as the TRT (Tongariro River Trail) to their Trout Centre (Trout Farm?) located to the south of Turangi and Huka Falls to the north of Taupo.  Even beyond Turangi are DOC tracks between Tree Trunk Gorge and the Pillars of Hercules which could be linked up for a 3-4 day experience to provide another “Great Walk” trail (to take pressure off the over-crowded Tongariro Crossing?) to eventually link with the Waihohonu Track across the Tongariro National Park to Whakapapa. 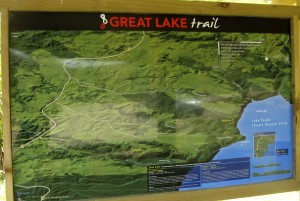 The feedback from TRM guests indicates the demand from wannabe bikers is for softer ‘tourist friendly’ trails like the popular TRT (Tongariro River Trail) managed by DOC – suitable for all tourists’ fitness and ability levels and ages with a popular feature or theme.  Excellent local precedents include the beginner trails along both sides of the Waikato River – the Rotary Ride, Redwoods Track and the Aratiatia Damn Ride and now a trail along the shoreline of beautiful Lake Taupo to top them all.  Wonderful news. 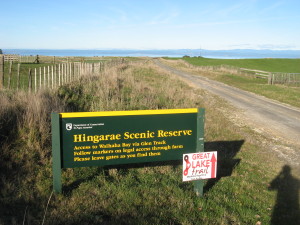 For DOC this T2T would become the jewel in the crown.  The T2T track construction beyond Waitahanui could commence as early as next Summer.  About nine km of the trail is already formed known as Lions Walk, from Taupo via 5 Mile Bay to Waitahanui so it is largely an extension south along the lake edge and following the general route of SH1 through a number of attractive small holiday and retirement settlements such as Hatepe, Motutere, Waitetoko, Te Rangiita, Oruatua, and Motuoapa.  This T2T trail will have massive economic benefits to these villages and to Turangi.

The route crosses over several rivers including the Waitahanui, Hinemaiaia, Tauranga-Taupo, Waimarino, Waiotaka Rivers so most of these will require the construction or addition of bike bridges.

Based on other precedents a total budget of about $6 million was envisaged.  NZTA (New Zealand Transport Authority) will inevitably also be involved with funding to upgrade the bridges on SH 1 for better pedestrian and bike access.  So everyone was astonished at the $ 18 million cost estimate.  It simply does not add up…

Some of the many other bike trails and wilderness walking tracks in this region include: 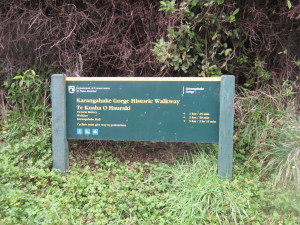 9   Full Day – Waihaha loop from SH41 following the river and combines a tramp down to Waihaha Bay and return over farmland.

But the T2T is the BIGGIE…  So (this was in 2015) everyone in Turangi were celebrating DGLT’s latest initiative to develop a scenic tourist bike trail to link Taupo to Turangi.  TRM predict this will knock the socks of so many other bike trails in NZ, but we cannot wait forever… 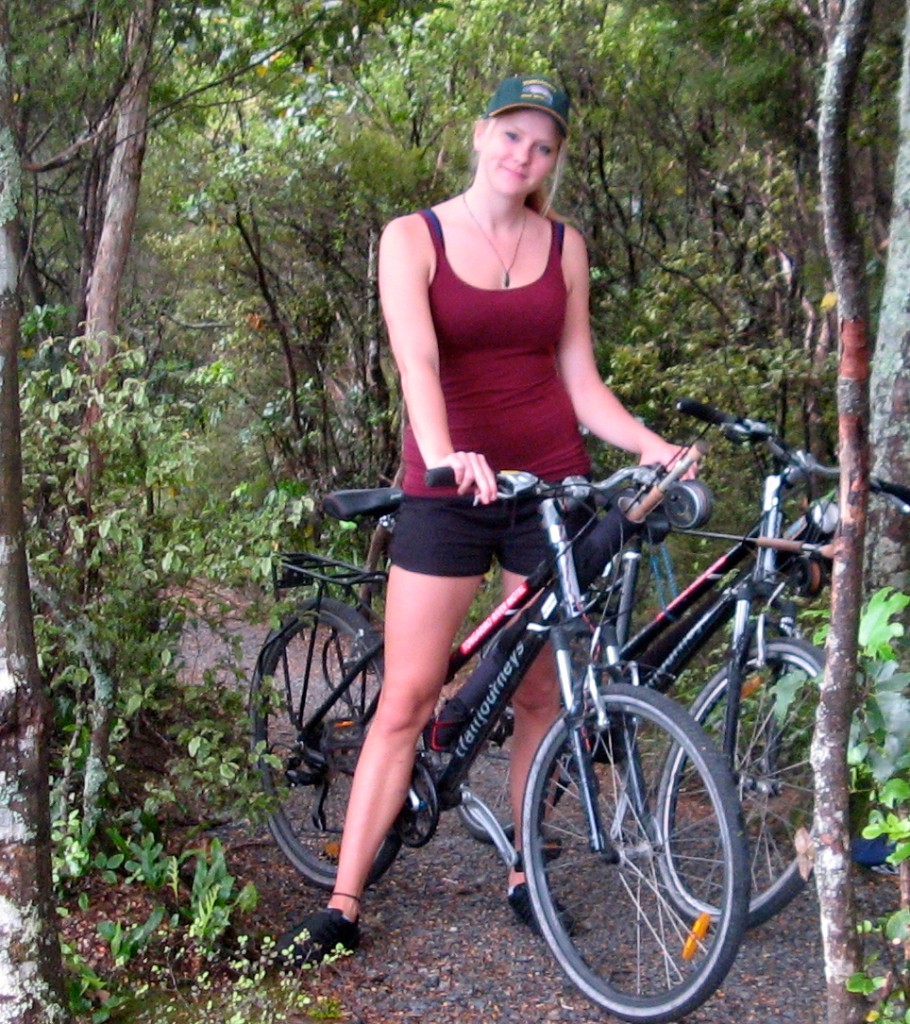