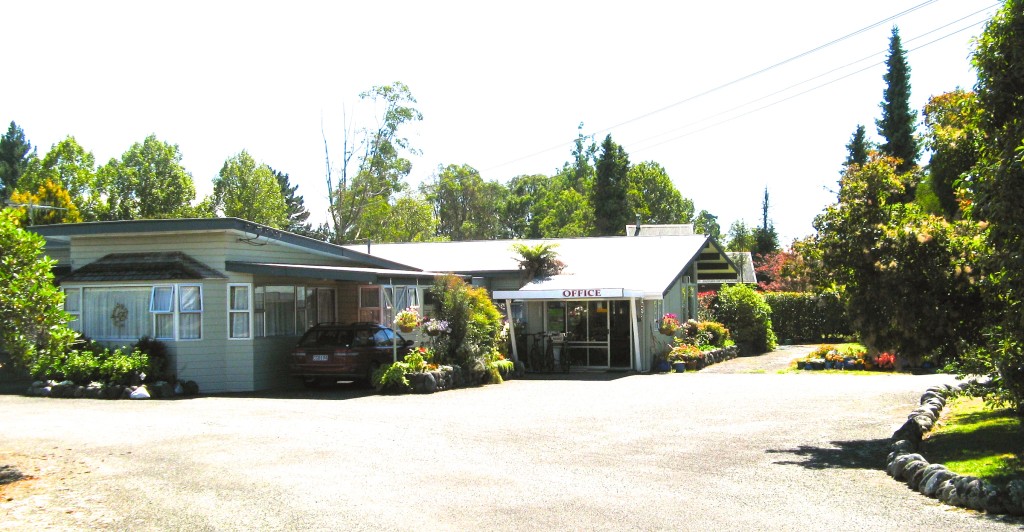 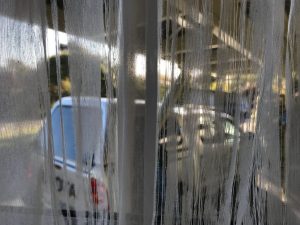 SWMBO never even blinked when I questioned and accused Her of avaricious motives.  (She Who Must Be Obeyed is manager of everything and everyone at TRM)  At times, She can act so cool.

Obviously She had read all about the effects on $$$ value of the Banksy sketch after it was shredded.  So She decided to apply the same process to TRM and shredded Unit 1 net curtains. 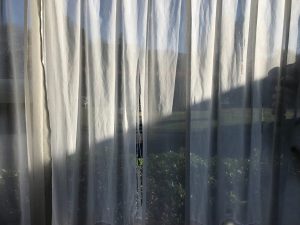 As always, She had a legitimate excuse.  This was all part of the TRM spring clean programme when every unit gets a complete ‘doing over’.  This involves wiping and cleaning everything from top to bottom, flipping mattresses, washing mattress covers, etc. and even to washing the net curtains.

But look what happened.  She shredded them!  She was so pleased with the result, they were hung as evidence to show how clever TRM was.

Unbelievable!  Only at TRM… I don’t know how She gets away with it.

I suspect She imagines the $ room rate might double for certain funky units offering shredded curtains?  Already Unit 1, complete with kinky curtains, is booked for the next eight days.

This is arguably just better than Her last inspiration to develop a 24/7 petrol station and fast foods on the SH1  corner.  Now you understand why She is the manager and I am confined to the laundry (posing as a trout fishing evangelist telling fishy stories to sell shredded curtains).

The Banksy artwork that self-destructed moments after it was sold for £1m may now have doubled in value, according to an expert. 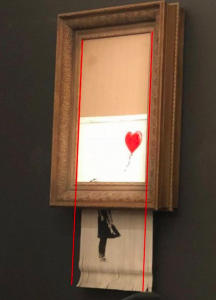 ​Girl with Balloon was shredded by a mechanism hidden within its own frame in front of a stunned audience in London, moments after the auction was won by an anonymous phone bidder at Sotheby’s auction house.

Joey Syer, told The Evening Standard: “Today said that the shredded artwork could now have doubled in value. Girl with Balloon is one of the most iconic images of recent times. It’s seen some of the sharpest price increases over previous years with signed/unsigned prints and canvass showing an average of +20% yoy. Prices now are regularly exceeding £115,000 for signed authenticated prints.

“The auction result will only propel this further and given the media attention this stunt has received, the lucky buyer would see a great return on the £1.02m they paid last night, this is now part of Art History in its shredded state and we’d estimate Banksy has added at a minimum 50% to it’s value, possibly as high as being worth £2m+.” 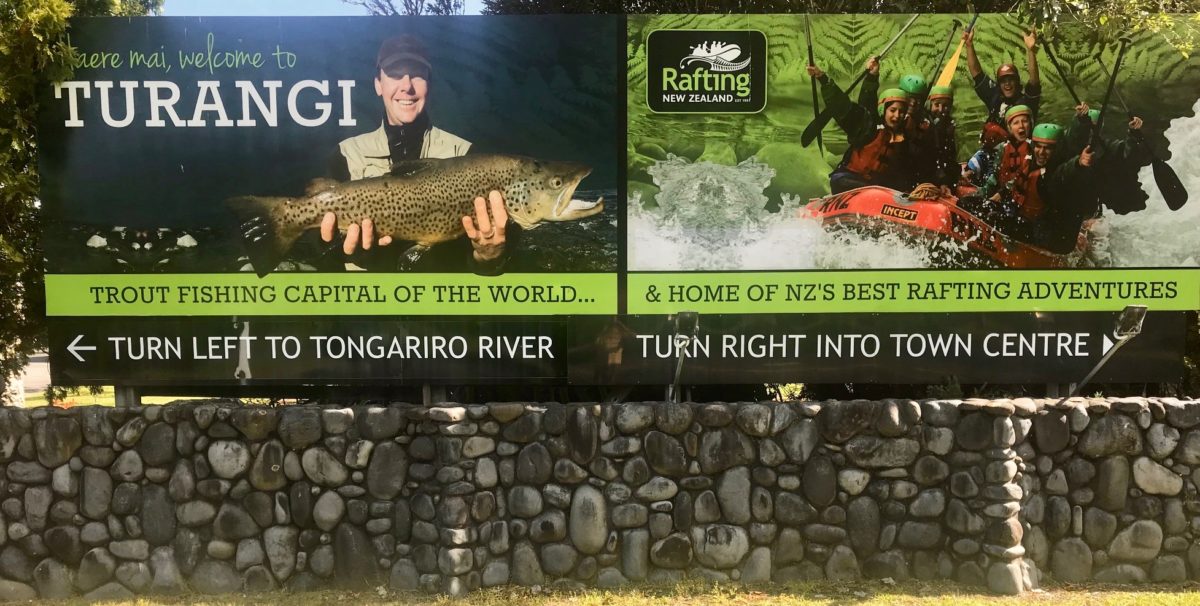