Visitors from York, Colin and Nicky Stroud were treated to some good old fashioned Kiwi friendship and hospitality on a recent visit. Colin is a member of a trout fishing club near York and wanted to have a try at a Tongariro River fish. Of course he arrived the day the river was at 265cumecs and completely unfishable. The next day he approached Pip, The Manager of TRM  (only Ross can call her SWMBO) for advice. Because kind anglers have donated some equipment she was able to supply him with some boots and a rod and reel. He had a couple of flies but also visited Steven at Creel Tackle to get a few more and a licence. His next question was where do you go fishing when the river is still coloured and running at 75cumecs. Luckily he was helped by fellow TRM inmate John Fortescue. John was having a quiet day after hurting his back pulling in brown trout after brown trout in a secret pool.

The photo above shows Judges looking very fishy under a great blue sky.

The two of them headed off to wet line Judges pool and after some guidance from John, Colin was into his first Tongariro Rainbow. John headed back leaving Colin to fend for himself. He fended really well landing another Rainbow and a “small” 5lb Brown trout. Locals call it small but to Colin it was gigantic. Where he fishes in York anglers can really boast if they catch a 2lb Brown so he was very impressed. It wasn’t really beginners luck as he is an accomplished angler and he got helpful advice. 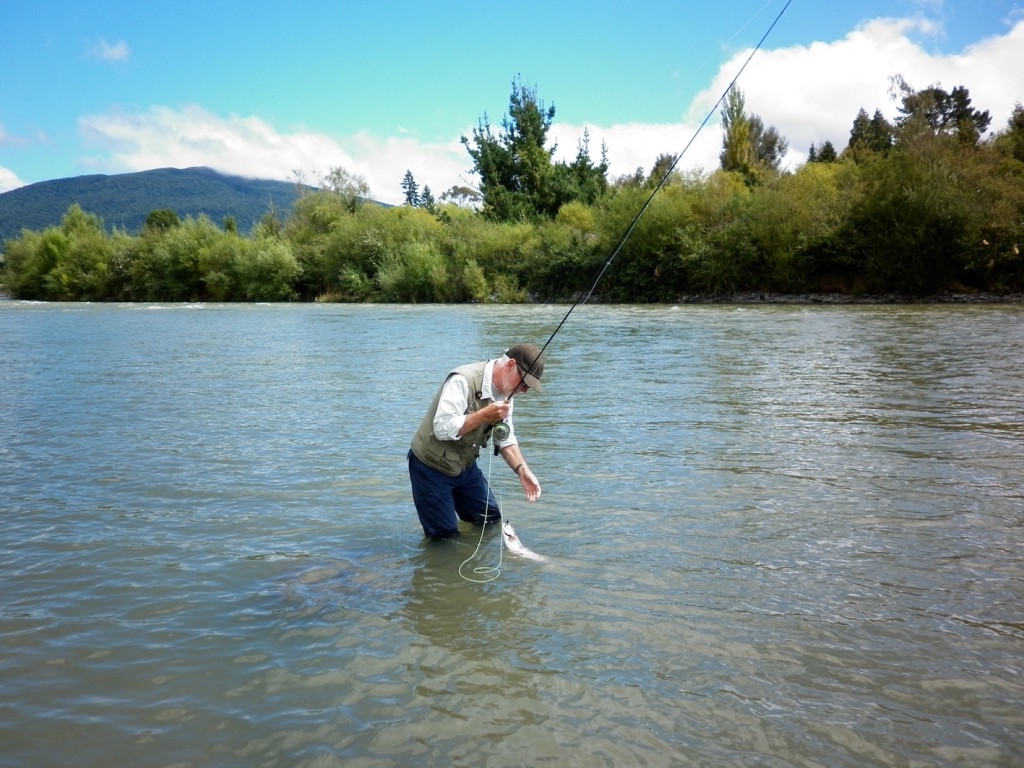 Colin’s first Tongariro Rainbow (above and below) 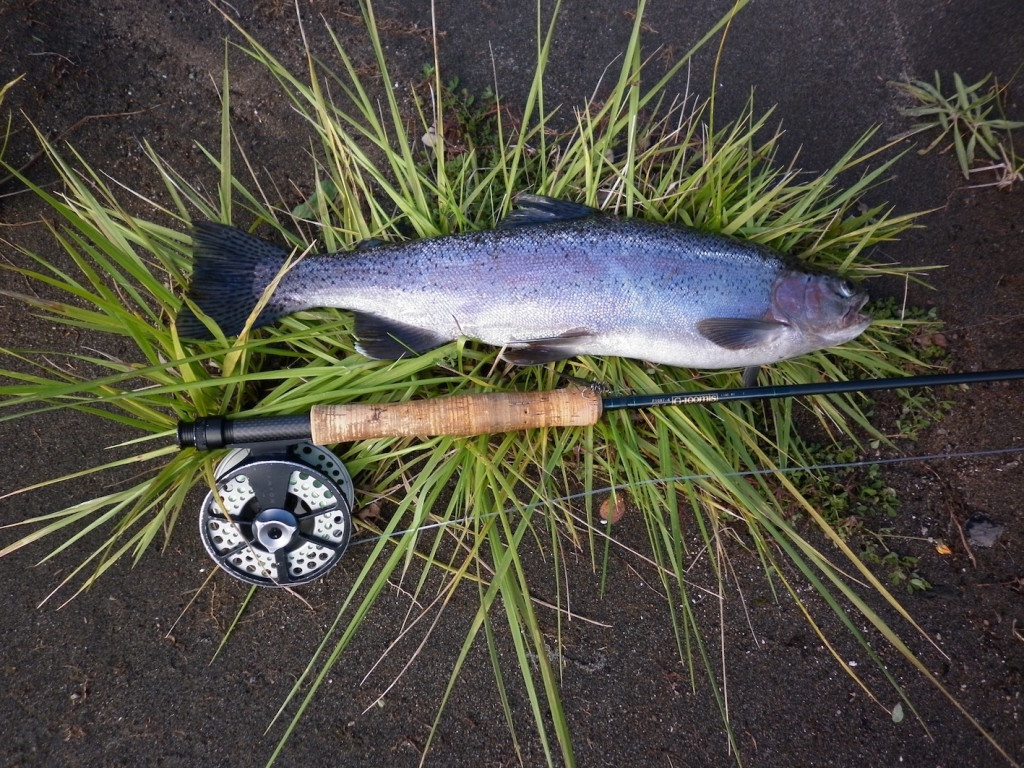 The Brown didn’t want to stay still for a photo and just as Nicky took the shot it jumped away from the rod and was quickly back into the river.

Colin and Nicky have now gone to Rotorua to continue their sightseeing but have booked into a place on the Waiteti Stream where reports suggest some nice fish are being caught. Hopefully he will have some great fishing stories to tell his club members when he gets home. He will also be able to talk about Kiwi hospitality.

On a personal note I’m glad the 7-weight rod I donated to TRM has been put to good use.