In considering a rebrand, Fish and Game must ensure its strong environmental voice remains 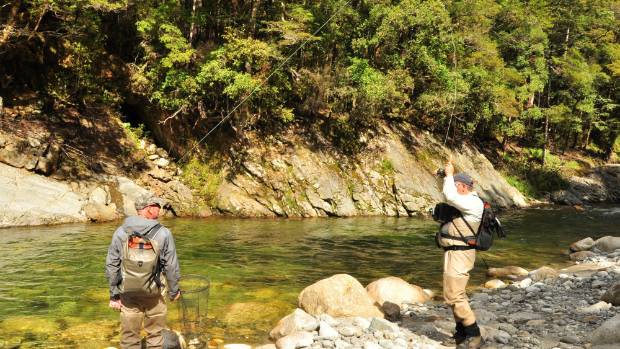 Fish and Game NZ is grappling with questions about how to ensure its future sustainability and provide people with experiences that are “as enjoyable and as clean as possible”.

OPINION: The voice of Fish and Game New Zealand’s chief executive, Martin Taylor, is speaking loudly into the debate about the country’s environmental concerns at the moment.

In the last week, Taylor spoke out first about the claims by Irrigation New Zealand boss Andrew Curtis that irrigation is good for the environment, after Curtis said the Government’s move to stop funding big irrigation schemes, like the proposed Hunter Downs scheme on the Waitaki River, would hurt rather than help the environment.

Taylor was unequivocal in labelling the claims “nonsense”, countering that irrigation had allowed “intensive dairy farming to establish itself in unsuitable areas like Canterbury, where cow numbers have grown astronomically”, resulting in a major negative impact on the environment.

A day later the public was told that in its submission to the Walking Access Commission’s report on South Island high country access, Fish and Game had said something needed to be done about uncontrolled high country tourism, which was affecting the right of all New Zealanders to enjoy the outdoors.

“We believe something needs to be done to reduce visitor numbers until the required infrastructure to cope with them is built,” Taylor said.

In short, Fish and Game, through its chief executive and others, is a powerful voice in environmental advocacy in New Zealand.

And that throws a major new report into the statutory organisation, by analysts Doughty Consulting, which identifies “a trend of reducing revenue from local licence sales and declining participation as a percentage of population in both fishing and hunting”, into sharp perspective.

If, as the report suggests it could, this trend ends up negatively affecting the sustainability of the organisation, it is thus likely not only to reduce Kiwis’ future enjoyment of traditional experiences of the outdoors, but also, more importantly, to weaken a powerful voice for the environment, specifically on the state of our waterways and the sustainability of attractions like New Zealand’s world-renowned trout fishing.

Taylor, who said the findings did not surprise him, is plainly concerned, though he said in a story published on Sunday the organisation was not at crisis point.

He certainly seems to be taking the findings seriously, as evidence his determination to drill down and “understand why some licence-holders are leaving”.

And this: “We’ve got to make sure the experience we are selling is as enjoyable and as clean as possible.” That tallies directly with the concerns voiced by the organisation in the last week, outlined above.

As the report is sent out to each of the country’s Fish and Game councils, allowing them to have input into the development of a strategy, members will be mindful of its call for the organisation to take a more business-orientated approach.

In terms of ensuring its financial sustainability, which is key, that makes perfect sense. Making sure it knows who its customers are, pulling apart and reassembling the experiences it provides them in a way that addresses highlighted concerns, such as “low participation in the younger age group” and claims that it comes across as elitist or exclusive – none of this is rocket science.

The challenge for Fish and Game NZ will be to do this while all the while keeping a close eye on its environmental advocacy, ensuring the strong voice speaking into the environmental debate is not weakened. Fortunately, Taylor’s comments suggest he’s well aware of that.

Previous StoryAutumn colours arriving
Next StoryTaupo Long Term Plan (and how it affect will anglers?)