Should fishing Guides be Registered?

Other anglers are interested in your opinion… What do you think – should fishing guides be registered?

Did you know some guides already advertise they are “registered”.  (i.e. … NZPFGA “registered” guide)  Who do they think they are fooling?  They obviously imagine there might be a commercial advantage in being “registered” ?  Next step will be registration with MPI (Ministry of Primary Industries) and filing reports, etc..

All amateur-fishing charter vessel operators must register with MPI before they can run any trips. Once registered, they must file reports. Registering and reporting ensures operators can be contacted and that their interests are taken into account in fisheries management decisions.

All amateur-fishing charter vessel operators must register with MPI before they can run any trips. Once registered, they must file reports. Registering and reporting ensures operators can be contacted and that their interests are taken into account in fisheries management decisions.

Tongariro anglers ask, what is “illegal” guiding?  Are these just scare tactics?  Or are they being commercially greedy?  Do they really need such official protection?  How could it be policed by Fish & Game in the Taupo region managed by DOC?  Would it apply to fishing clubs’ buddy system?  Is the fresh water fishery over-regulated already?  So many questions…

From ODT By Pam Jones 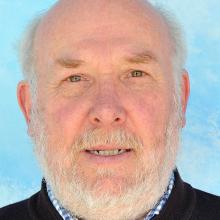 The New Zealand Professional Fishing Guides Association has joined the call for the licensing of fishing guides, saying an increase in illegal guiding means a major health and safety or fire incident is bound to occur.

The Otago Fish and Game Council spoke up about the issue last month, saying the region’s back-country rivers were being taken over by guides and overseas anglers.

Mr Watson said the Government had introduced legislation in 1996 to license fishing guides, but had never confirmed the detail or regulations, so nothing had changed.

At present, fishing guiding is unregulated and anyone can be a fishing guide without a guiding licence.

Now the increasing number of fishing guides and their clients was straining Otago’s “finite and gradually diminishing fishing”, and many anglers thought Fish and Game was not doing enough about the issue, Fish and Game members said recently.

Mr Watson said the call for licensing of guides was being done in conjunction with the New Zealand Professional Fishing Guides Association (NZPFGA).

NZPFGA executive member Craig Smith contacted the Otago Daily Times to say the association had renewed efforts for the introduction of a guide’s licence because the recent rises in tourist numbers, which was resulting in increased pressure on resources and infrastructure.

This would make “the challenges we now face more acute”, he said.

Mr Smith said as the key industry organisation, the NZPFGA saw “increasing amounts of illegal guiding from both foreign and New Zealand guides, as well as the practice of ‘hosting’ becoming more prevalent”.

“The NZPFGA considers that a guided angler should have a reasonable expectation to be guided by someone that has excellent knowledge of the fishery, and also to be guided in a manner that is safe and legal in all respects. There are fishing operators active in New Zealand that have no safety plan, no liability insurance, no first aid certificate, and are operating illegally on Department of Conservation estate. It is not a question of ‘if’ a major incident will occur, but ‘when’ — be it health and safety, fire, or otherwise.”

Mr Smith said although the issue was a nationwide one, concerns were highlighted in Otago because of the high number of designated back-country fisheries in the area.

A memorandum of understanding between Fish and Game and the NZPFGA was agreed in 2015, and both parties were working closely together to provide the evidence and method of introduction requested by the Minister of Conservation to progress the licence, Mr Smith said.

Department of Conservation (Doc) senior statutory bodies manager Rick McGovern-Wilson confirmed earlier this month that in 1996 Parliament voted to “provide a mechanism that could be used to put a licensing system in place”.

He  said Doc did not support the licensing system at the time.

Ms Sage said she acknowledged Fish and Game’s concerns about the potential impacts of fishing guides with paying angler clients on other anglers and their enjoyment of a fishery.

She said she looked forward to receiving an amended proposal from Fish and Game about the issue, and would “consider it and the issues around licensing guides thoroughly”.