So many fishos have reported their shock-horror at the loss of so many trout fishing rivers in the name of “progress” (?) in the South Island.  Whilst this may appear a little beyond TRM’s usual scope, it is a warning to North Island anglers of what can happen…   Continued vigilance is essential.

This one is for our New Zealand friends, who are watching their low elevation brown trout streams being destroyed one by one by the agriculture industry, cows trampling their lifeblood to death. 40+ years ago in Alberta, Canada, we had the same issue on many of our streams. Anglers and conservation groups such as Alberta Fish & Game and Trout Unlimited came together in working with government & land owners to establish fencelines and riparian buffer zones, most of it publicly funded through license fees (fishing & hunting) and donation. The ongoing liaisons with land owners is in its second wave as those fencelines need maintenance and access issues are always ongoing. The Alberta Conservation Association as well as the Cows & Fish program leads this role. Today, almost every one of our hundreds of km of brown trout streams are fenced; the buffer zones now larger and lined with spruce, pine, aspen, alders, and willow that supports riparian life as well as filtering field runoff. Most farmers & land owners “get it”. It’s a long way back for many S Island streams but it can be done; our Kiwi friends are going to have to find a similar mechanism. 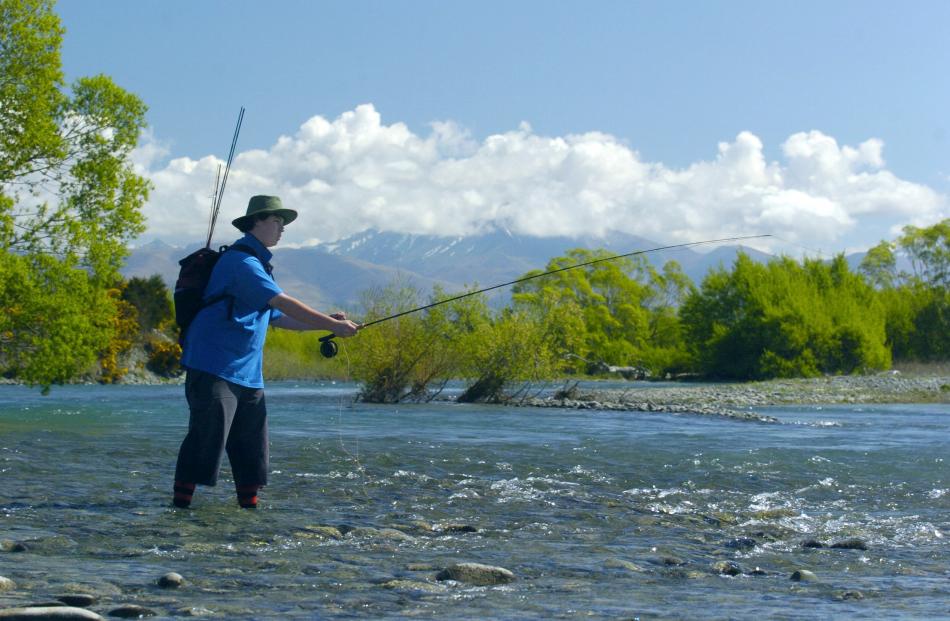 The Waitaki River is one of four Otago waterways on the ‘Lost Rivers’ map. Photo Gerard O’Brien

Four Otago rivers have been described as ”lost rivers” by a national fishing group, which says they are now unable to be fished because of water quality and flow issues.

The Federation of Freshwater Anglers has included the Lindis, Pomahaka, Waitaki and Kakanui Rivers on its just released ”Lost Rivers of the South Island” map, which uses skull and crossbones symbols to denote the 70-plus rivers the organisation says are now ”unfishable or have declined because of intensive farming and large-scale irrigation”.

Other southern rivers on the map include the Hakataramea, Tekapo, Upukerora and Mararoa.

Mr Gerard said the map listed rivers where a significant loss of opportunity to catch fish had been identified, and highlighted ”the significant decline in our freshwater fisheries”.

”The causes generally relate to developments such as large-scale irrigation, intensive farming, particularly dairying, and forestry clear-felling and forestry monocultures within catchments that have impacted on those river environments.”

”It’s very eye-opening and a sharp reminder, with an election looming, that water and rivers is an issue to take up with politicians.”

Mr Gerard said the map was compiled using feedback from fishermen familiar with the rivers. 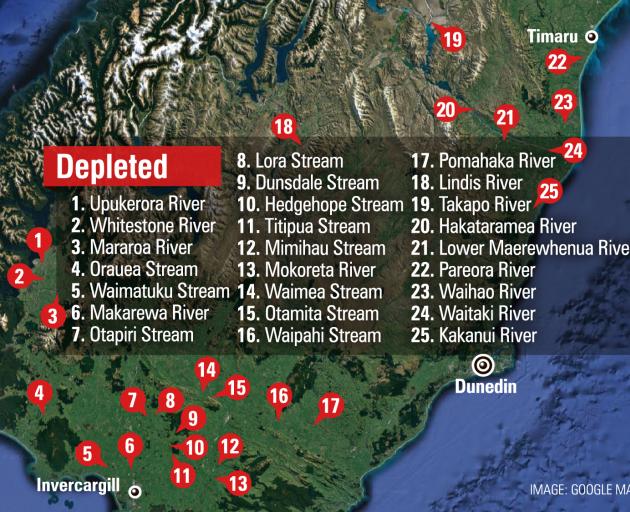 The map project would be ongoing and other rivers might be added. For example, the federation had heard of anecdotal concerns about the Taieri and Manuherikia Rivers, but would not add them to the map until more feedback had been gathered, Mr Gerard said.

He noted the map did not have any grading for rivers, and did not agree with it being so ”black and white” as saying a river was ”lost or not”.

For example, a minimum flow process for the Lindis River would hopefully deal with water allocation issues there, and the Otago Regional Council was doing much work to improve water quality in the Pomahaka River, Mr Watson said.

But he said the ”anecdotal” information from fishermen was valuable.

”Sometimes they pick up trends before the monitoring does.”

ORC chairman Stephen Woodhead said the protection of trout and salmon habitat was recognised as important under the Resource Management Act and Otago Regional Council work was helping establish ”appropriate” minimum flows for catchments, which in turn helped ensure better habitats for trout and salmon.