This volcanic region is subject to earthquake swarms that we cannot physically feel or detect but the trout are far more sensitive to tiny earth tremors.  The deep pumice sub-strata absorbs much of the shocks for humans to feel but these tremors are exaggerated in water.  Trout are far more sensitive.  The sense organs and lateral line on the trout picks up any earth tremors far more effectively so they spook and stop feeding.
Tiny earthquakes in this shaky region are a regular normal phenomena and not considered of much importance until they affect the fishing.  Then they have to be seriously considered.

So this is SWMBO’s proof to justify Her explanation:
Many wonder why the bridge pool is so successful.  On Friday and Saturday mornings there were about 9-10 anglers there each morning and trout continued to be caught most of the day just below the bridge.  (This is the closest most popular pool to TRM – just a couple of hundred metres waddling in waders…)
SWMBO applies the same loopy earthquake theory.  The trout on their spawning runs “hear” the vibrations from traffic crossing the bridge and will not continue under the bridge.  Slowly their numbers build up all day.  At night there is little traffic volume so the trout then swim under and continue their journey.  Seems a reasonable understandable explanation…  OK?

About the Lateral Line

Trout have inner ears, which allow them to hear sounds as we do. They also have lateral lines, special sense organs used to “feel” sounds. Lateral lines allow trout to hear sounds that are too low for humans to hear. Every trout has two lateral lines, one on each side of its body. A lateral line is made of a series of U-shaped tubes. Every time the water outside the U vibrates because of a sound, a tiny hair at the base of the U wiggles, which sends a nerve signal to the brain. The trout’s brain translates the wiggle into information about where the vibration came from. Trout use lateral lines to find food, escape predators and keep away from obstacles.

Sometimes I suspect SWMBO has a lateral line too.

From Wikipedia, the free encyclopedia

The lateral line is a system of sense organs found in aquatic vertebrates, used to detect movement, vibration, and pressure gradients in the surrounding water. The sensory ability is achieved via modified epithelial cells, known as hair cells, which respond to displacement caused by motion and transduce these signals into electrical impulses via excitatory synapses. Lateral lines serve an important role in schooling behavior, predation, and orientation. For example, fish can use their lateral line system to follow the vortices produced by fleeing prey. Lateral lines are usually visible as faint lines of pores running lengthwise down each side, from the vicinity of the gill covers to the base of the tail. In some species, the receptive organs of the lateral line have been modified to function as electroreceptors, which are organs used to detect electrical impulses, and as such, these systems remain closely linked. Most amphibian larvae and some fully aquatic adult amphibians possess mechanosensitive systems comparable to the lateral line.[1]

The lateral line system allows the detection of movement, vibration, and pressure gradients in the water surrounding an animal, providing spatial awareness and the ability to navigate in the environment.

So now you know…

Turangi – trout fishing capital of the world – in autumn colours.

Information about this earthquake and historical location data.

Location history for this earthquake: 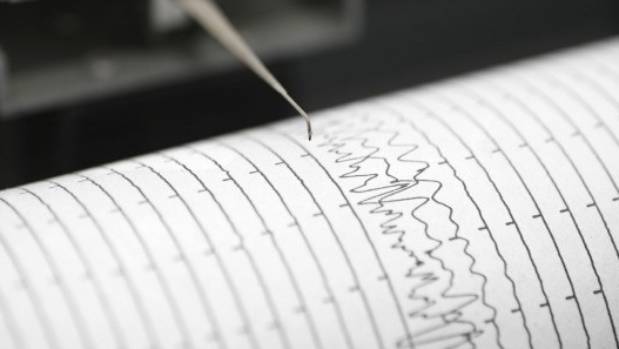 The earthquake swarm relates to seismic activity that has been occurring on and off since February.

Numerous small earthquakes which hit near Turangi are part of a swarm of quakes that have been shaking the region on and off since February.

They are not related to volcanic activity, GNS experts say.

According to GeoNet, dozens of small earthquakes hit the area on Friday evening, and are likely to be related to the long-term tectonic stretching of the Taupo Volcanic Zone.

GNS Science seismologist John Ristau said the quakes were not “really all that unusual”.

The swarms would hit from time to time, and usually the earthquakes weren’t very big, and tended to sit lower down on the Richter scale.

Many people have reported feeling the quakes on Friday evening, according to the GeoNet website.

The area experienced seismic activity of a very similar nature a few years ago.