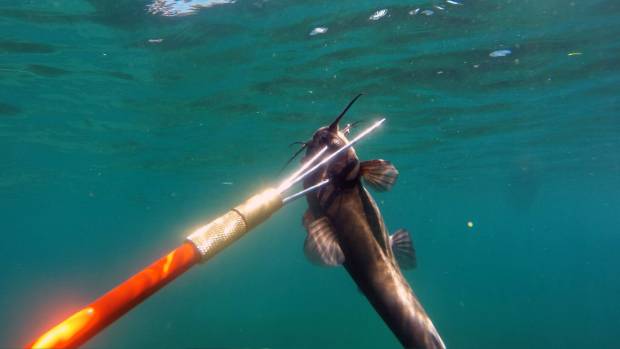 Competitors must use pole spears to spear the fish. No spear-guns were allowed.

The annual Taupo Catfish Cull is probably the only fishing competition in the country where entrants get a prize for the catching the smallest fish.

They’re a pest fish and every year hundreds of divers descend on the lake over Waitangi weekend to try their hand at killing as many of them as possible using only hand-spears.

It’s a Department of Conservation-sanctioned event in its seventh year and many spear-fishermen from all over New Zealand use it as opportunity to hone their skills in the clear lake water. 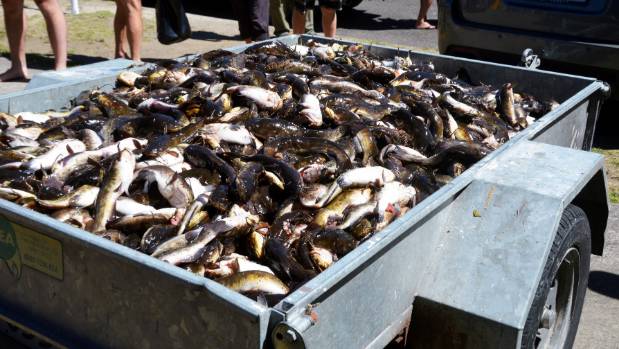 Just one trailer-load of dead catfish, 3,801 were caught in total.

Over eight hours on Saturday, 224 divers managed to cull 3,801 catfish, nearly twice the amount as the previous year, and New Plymouth-based duo Pat Swanson and Rowan Virbickas took out the top prize for the third year in a row – spearing 171 fish between them.

Swanson has also been involved in organising the event since its inception in 2010 and said the aim was to simply “kill as many as possible”. 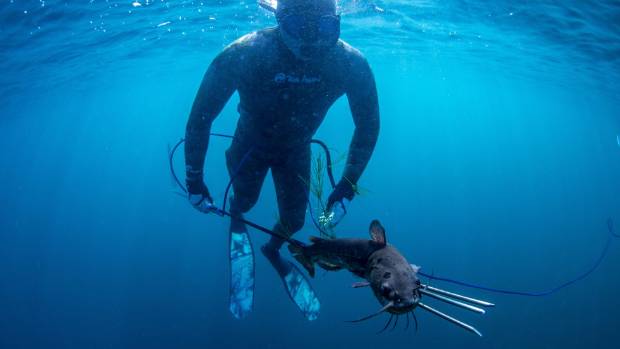 Catfish have no legal status in New Zealand meaning there’s no size or take limit.

“In 2009 a group of us got together in Turangi and thought it would be something a bit different to do,” he said.

“It’s a chance to rid the lake of some pretty nasty fish and also to have New Zealand’s only freshwater spearfishing competition, and the only pole-spearing competition.”

Swanson and Virbakas beat their own record of 150 from a previous year but were nearly pipped from the podium by second place winners Chris Marshall and Colt Johnson who came in with 168. 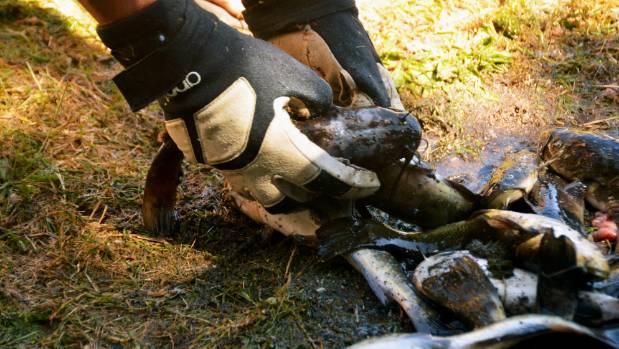 Gloves are recommended when handling the catfish as they have three poisonous barbs on their fins.

This year the aim of the cull was also to get into the Guiness Book of World Records for the most amount fo catfish killed in one go, but they’ll have to wait a few weeks before they find out whether they’ve made the cut.

Catfish are only small and weigh on average 300-400 grams and the biggest this year weighed in at 686g – 100g short of the record – while the smallest clocked in at under 24g.

DOC community ranger Peter Shepherd said catfish had no legal status and there were therefore no regulations around the method, limit or size of the fish. 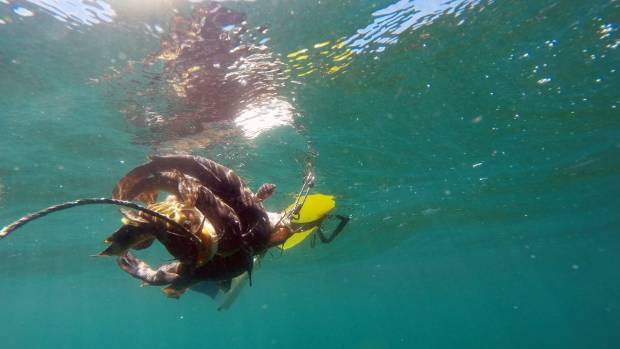 Catfish grow on average to around 300-400grams.

“Catfish have been abundant enough to be observed in Lake Taupo since the 1980’s. It’s unknown if the introduction was accidental or deliberate,” he said.

He said catfish populations had reached the extremity of their likely range and said DOC had seen a steady decline in their numbers and were confident they had a minor impact on trout.  (What do you think????)

As for numbers of the fish in the lake Shepherd said he couldn’t give an accurate estimate but the department was more interested in abundance trends in certain areas. 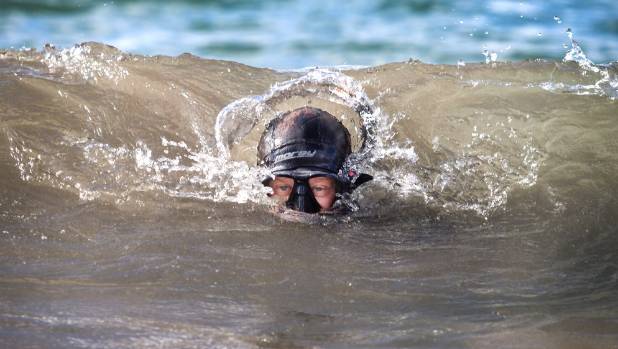 New Plymouth resident Pat Swanson is part of a the duo that has won the event for the third year running.

DOC provide a small financial investment every year and educate the competitors about MPI’s check,clean dry campaign. The organisers also provide the department with 20 catfish to provide them with information about catfish caught in areas not covered by their monitoring.

Spearfishermen can spear catfish in Lake Taupo all year round but spearing trout is strictly forbidden, so much so competitors are warned it could spell the end of the competition if even a single trout died at the hands of a spear.