The Whanganui River has been given the legal status of a person under a treaty settlement bill that’s just been passed by parliament.

It’s believed to be a world first.

Treaty Negotiations Minister Chris Finlayson says Whanganui Iwi has fought for recognition of its relationship with the river since the 1870s.

The iwi recognises the river, Te Awa Tupua, as part of the living mountains and the sea. 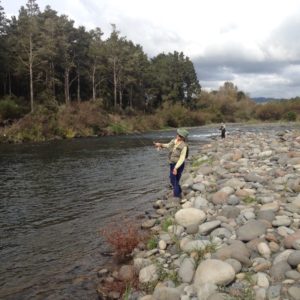 “Te Awa Tupua will have its own legal identity with all the corresponding rights, duties and liabilities of a legal person,” Mr Finlayson said.

“The approach of granting legal personality to a river is unique.”

Mr Finlayson said the river would have the ability to represent itself through human representatives, one appointed by the iwi and one by the Crown.

“I know some people will say it’s pretty strange to give a natural resource a legal personality, but it’s no stranger than family trusts, or companies, or incorporated societies,” he said.

Mr Finlayson says the passing of the bill ends the longest-running litigation in New Zealand’s history.

It includes $80 million financial redress, and an additional $1m as a contribution towards establishing the legal framework for the river.

The Crown will also contribute $30m to a contestable fund for looking after the river’s health.

If the Whanganui River is a person, is it just like you and me? 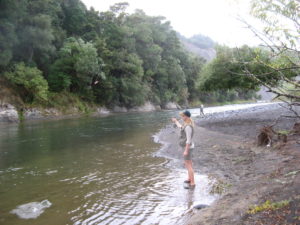 The Whanganui River has gained its own legal identity with all the corresponding rights, duties and liabilities of a legal person.

Te Awa Tupua (Whanganui River Claims Settlement) Bill passed its third reading in Parliament on Wednesday and will come into effect once signed by the Governor General – making the mighty river a mighty large person.

But what does this actually mean? Will it have all the same rights and responsibilities as anyone else?

The Whanganui River, which runs 290km, is now a legal person. That’s a big person.

And if the river is now a person, what happens to those steamboats? 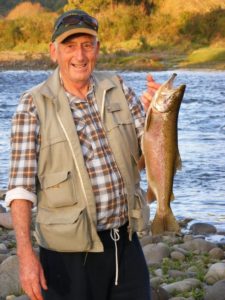 WHAT IS A LEGAL PERSON?

A legal person has all the rights, duties and liabilities of a person but is not a natural person – a human being.

It is believed the river is the first in the world to be granted the legal status of a person.

When it comes to understanding the river’s new rights and responsibilities, it’s easiest to think of it like you’d think of a company.

WHEN IS THE RIVER REBORN?

The river will officially become a legal person as soon as the bill is given royal assent (signed by the Governor General) and passed into law (making it an Act).

A legal person does not have an age limit assigned to it, so can live on forever (theoretically).

The same way that a natural person has a right to freedom of expression, so does a company that owns a newspaper. This principle will now apply to the river.

Not all of the rights will apply but any right that it makes sense for a legal person to have, the river will have as well. This will include things like the right to natural justice.

No, the river can’t vote. Just imagine it trying to fit in that booth.

WILL IT PAY TAXES?

Basically the same tax rules apply to it as apply to other legal persons. It probably depends on what it does, but if it starts supplying goods or services, it will have the same GST responsibilities as a company would.

CAN IT BE PROSECUTED?

Surely one of the greatest dangers associated with the river is drowning. Who is responsible if that happens?

Some countries have corporate manslaughter laws, but New Zealand doesn’t.

Companies and other legal persons can be charged with some offences but manslaughter isn’t one of them.

You’re also not automatically responsible for someone’s death just because they died near you. If New Zealand ever changed its laws to allow companies, or rivers, to be charged with manslaughter, the prosecution would still have prove it did something wrong. 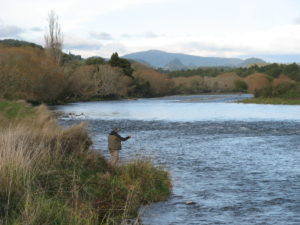 IS THE RIVER A MAN OR WOMAN?

At this stage the river is referred to as “it” but it could be assigned a gender (and not just that of a man or woman). If the people appointed to act as the human face of the river want to ask people to use another pronoun, they can, just like everyone else.

WHO LOOKS AFTER THE RIVER?

The law has created an office – Te Pou Tupua – to act as “the human face” of the river.

Te Pou Tupua has two people appointed to it, one by iwi with interests in the river, and one by the Crown.

The office has a responsibility to speak on behalf of the river, uphold its legal status, and promote the health and wellbeing of the river.

WHO PAYS FOR IT? 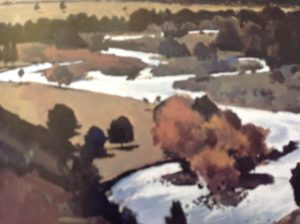 The Crown is bearing most of the cost to start with; this is all part of the settlement.

The settlement’s total cost to the Crown is $81 million.

Here’s how that’s broken down:

$430,000 for the establishment of Te Heke Ngahuru (a strategy established to ensure the future environmental, social, cultural and economic health and wellbeing of Te Awa Tupua).

CAN I STILL ROW, ROW, ROW MY BOAT?

Existing public access and use of the Whanganui River, including navigation rights, will be preserved and not affected by the changes.

Previous StorySwimmable water explained…
Next StoryAgree or disagree? Either shows you’re not afflicted with inertia & apathy.