Why on earth is a Tongariro fishing report commenting on Maori settlement deeds?

Is SWMBO out of Her depth?   Again!!!   Or it might be election fever…

But anglers should note it also includes settlement on the “Fisheries Redress”...? (See Item 5 below)

This is in response to TRM inmates questions to SWMBO. (She Who Must Be Obeyed posing as Manager at TRM is really a JAFA – an Auckland fugitive) Tongariro anglers are always inquisitive about any juicy controversial local issues.  Some imagine that as they have bought a fishing licence, they also own the rivers!  They have been asking and commenting about the recent settlement with local Maoris in fear of the future prospects for their precious trout fishing… so we googled the following info. as a change from dead trout images.  It is all factual, based on historical events, except the odd parts that are fiction.

Above image taken Friday 7 July of the temporary tent accommodation – to resemble the original 1840 treaty? – being prepared for the historic Deed of Settlement at Waitetoko Marae.

Last weekend the Crown signed a Deed of Settlement with Ngāti Tūwharetoa at Waitetoko Marae.

“Past actions and omissions by the Crown debilitated the social, economic and cultural structures of Ngāti Tūwharetoa,” Minister for Treaty of Waitangi Negotiations, Mr Finlayson said. “Today marks the beginning of a new relationship between Ngāti Tūwharetoa and the Crown.”

The settlement provides Crown acknowledgements, an apology and redress for the Crown’s historical breaches of the Treaty of Waitangi.

Ngāti Tūwharetoa will receive financial and commercial redress of $25 million. Cultural redress includes cultural funds totalling $3,950,000 as well as the transfer of 32 properties of cultural significance to the iwi.

Ngāti Tūwharetoa’s historical grievances against the Crown include the prejudicial impacts of native land laws, the breach of obligations relating to Tongariro Maunga and environmental degradation that occurred following the construction of the Tongariro hydro-electric power generation scheme.

“This is the 84th deed of settlement signed by the Crown and an important step towards completing Treaty settlements in the Central North Island and throughout New Zealand,” Mr Finlayson said.

The Deed of Settlement is available online at www.govt.nz/treaty-settlement-documents/ngati-tuwharetoa/.

With a population of approximately 36,000 people, Ngāti Tūwharetoa is the fifth largest iwi in New Zealand. Its area of interest covers most of the Central North Island region and is centred on Lake Taupō (Taupōmoana) and the Central Plateau.

Within the next year, the Crown will begin cultural redress negotiations over Tongariro National Park with Ngāti Tūwharetoa and other iwi and hapū with interests in the park. 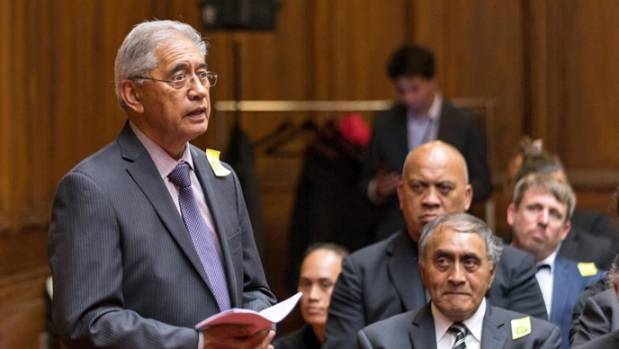 The people of Ngati Tuwharetoa have voted ‘yes’ to a settlement on the tribe’s historic Treaty of Waitangi claims.

The agreement will be the final settlement of all historical Treaty claims resulting from the behaviour of the Crown in the 19th and 20th centuries, up until September 1992.

It includes compensation of $25million, options to buy Government land, the return of key sites and an apology. 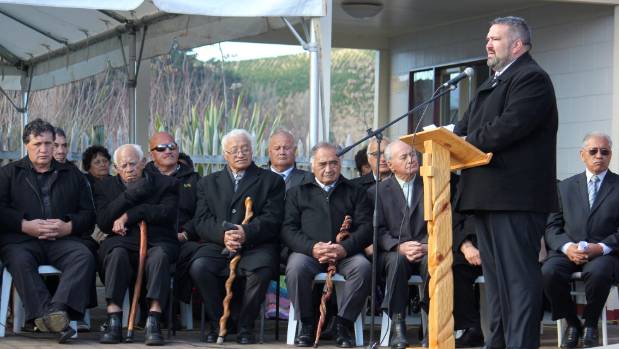 Registered iwi members placed votes via post, online and at hui held around the country in February and March.

The final tally showed 72 per cent [1749] of the 2706 voting members supported the settlement, while 28 per cent [734 members] voted against the settlement. There were 23 invalid votes. 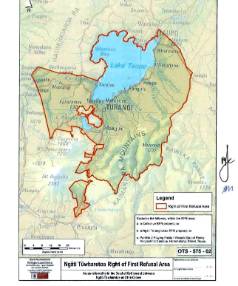 A map showing the area where Ngati Tuwharetoa will have the first option to buy Crown land, at market price, if it be put up for sale, supposing the Deed of Settlement is passed into law.

The paramount chief of Tuwharetoa, Sir Tumu Te Heuheu, said he was heartened by the result.

“This settlement is about our past and our future,” he said.

“We have always said, ‘our strength is in our unity’, and that this settlement needs to respect the tikanga, values and goals of our tūpuna, but carried forward by a modern and representative entity.

“I look forward to our people working together to achieve this,” Te Heuheu said.

In addition to voting for the settlement, 1878 [69 per cent] registered iwi members voted for a proposed governance entity – Te Kotahitanga o Ngati Tuwharetoa – to represent the iwi after the claims process was complete.

“The use of social media and live-streaming of the ratification hui proved highly popular and effective in informing iwi members about the settlement offer.”

WHAT DOES THE SETTLEMENT INCLUDE?

The Ngati Tuwharetoa settlement package includes a first right to buy Crown land in a certain area, if it is put up for sale.

This means that within a certain time period, Tuwharetoa has the right to purchase specific surplus Crown land at market value, ahead of any other potential purchaser, if the government decides to sell it.

The right of first refusal [RFR] area includes all Crown-owned land between Taupo township and Rangipo on the eastern lake shore.

On the lake’s western shore, Crown land near Kuratau and Moerangi are part of the area, as well as the length of the Tongariro river and sections of the Desert Road.

Other provisions in the settlement package includes an apology for historical breaches of the Treaty of Waitangi, and an agreed account of history.

The settlement includes a financial redress of $25 million.

The $208m share of Crown forest land already transferred to Tuwharetoa ownership in 2008, a financial redress, is acknowldged.

As a cultural redress, several Crown-owned land titles will be transferred to iwi ownership, once the agreement is made law.

The cultural redress is intended to recognise the traditional, historical, cultural, and spiritual associations of Ngati Tuwharetoa with places and sites owned by the Crown, according to the Deed.

Some of the land titles to be transferred, fee simple, include Craters of the Moon [Karapiti], part of Five Mile Bay Recreational Reserve, Aratiatia Flats 1 and 2, Tokaanu Market Reserve, and land at Karetoto Rd, which runs parallel to the Thermal Explorer Highway.

Other land titles to transferred to iwi ownership, but vested as scenic reserves, include Motutere Scenic Reserve, Oruatua Reserve and land on the western bank of the Huka Falls.

The deed will ensure that Tuwharetoa become involved with the leadership of the Tongariro National Trout Centre.

Provision will be made for Tuwharetoa’s governance entity to have two members on the trust, as will the Minister of Conservation and the Tongariro National Trout Centre.

Ngati Tuwharetoa will also be allowed to take trout directly from the centre for cultural purposes.

According to the deed summary: “This is partly in recognition of the role trout have played in changing the ecosystem of Taupomoana and a reduction in the abundance of traditional fish such as koura.”

Several place names will change following the agreement, such as Cherry Island to Motutāhae, Mission Bay to Ōtaiātoa Bay and Bulli Point to Te Poporo/Bulli Point.

One year on from the Deed being signed, the iwi will also be able to negotiate further cultural redress over the Tongariro National park, given the significance of the area as “taonga tapu”  [precious treasure].

On December 2016, the terms of the agreement were initialled by Te Heuheu, but not signed.

Now that the voting process has ratified the Deed of Settlement, the next stop is Chris Finlayson’s office.

First the Deed of Settlement will be jointly considered by Finlayson – the Minister of Treaty Settlement – and Te Ururoa Flavell, the Minister for Maori Development, before it can be signed by Ngati Tuwharetoa and Crown representatives and submitted to New Zealand Parliament.

The Deed will then be drafted into a bill to be heard in Parliament.

Rangi said the settlement offer was likely be referred to a select committee for consultation.

“That’s the democratic process and when people have the opportunity to have their say and be listened to by Parliament.

“Any changes that are going to be made can be made there,” Rangi said.

“The Bill would then go to a third reading and if the third and final reading is passed, it will become law,” she said.

But research on the number of Maori interested enough in Treaty settlements to vote in support of the group to make a claim on their behalf showed that only 27,569 valid votes have been cast since 2000.

This is around four percent of the 598,605 New Zealand citizens who ticked the Maori-ancestry box in the 2013 census

Despite the “broad cross-party support” claimed by the Treaty Negotiations Minister, it appears that there is not much support from “Maoridom” for Treaty settlements.