Not unexpectedly, the recent photo of TRM smoking 9 trout for a guest’s birthday party generated more calls asking all manner of questions as to liability, minimum and/or maximum numbers, gifting trout, why trout cannot be bought yet salmon can?.
Tourists have described our regulations as very strange antiquated draconian ‘selective’ laws.
What do you think?
We checked the Taupo regulations – for what they are worth (?) – as they are about to be changed to increase the maximum daily catch and reduce the minimum ‘take-home’ size (cm).

A person must not give, and a manager or person in charge of any commercial freezing chamber or commercial smokehouse must not receive, any trout in exchange or as a full or partial consideration for the storage or any preservation or treatment of any trout. 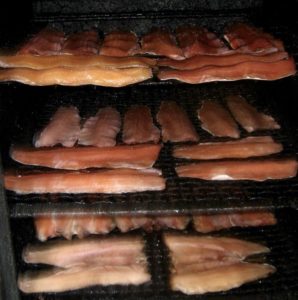 A person must not deposit, and a manager or person in charge of any commercial
freezing chamber or commercial smokehouse must not accept for deposit, in those premises, trout if the person already has
a total of 12 trout deposited in the premises.
Any person, not just a licence holder, may deposit trout for smoking or freezing.

SWMBO pleads guilty to giving…
The recent decision by the Tongariro Trout Centre to grow trout in ponds for distribution to local iwi suggests the above regulations are obsolete?. 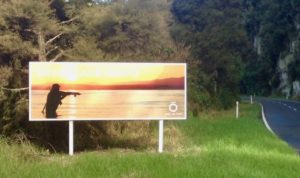 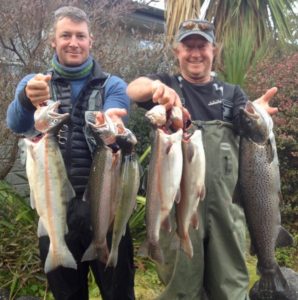 Mr Orman, of the Marlborough Recreational Fishers Association, said farming trout could damage New Zealand’s world famous trout fishery, which was a big earner of tourism dollars and a recreation asset. “Estimates put the economic generation of trout fishing at $70 million a year,” he said.

Overseas, whirling disease and ulcerative dermal necrosis were among illnesses which flared up in trout farms then spread to wild trout and salmon, he said. 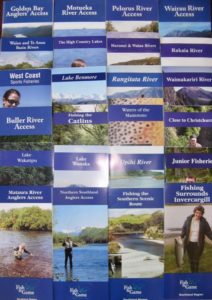 National Party president Peter Goodfellow was a Sanford director and major shareholder, said Mr Orman, who believed for National to promote a law change could involve a conflict of interest.

Mr Goodfellow said his family always openly disclosed that they were Sanford shareholders. He did not know the company was actively lobbying the Government to free up salmon-farming, but this was the domain of managers, not directors, he said.

However, Mr Goodfellow supported discussion about whether commercial farming of trout might be compatible with safeguarding recreational fishing.

Nelson Marlborough Fish & Game manager Neil Deans, of Nelson, said if Sanford was serious about trout farming, it would need to approach his organisation as the sole source of stock. This was unless they planned to import trout, which was unlikely to be allowed. “They would have to convince the anglers of New Zealand that this would be a good thing but … trout farming has always been our risk and someone else’s gain.”

Unlike salmon, trout were edible when they spawned so the breeding fish could be scooped up in large numbers then sold, he said. 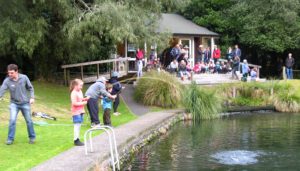 Opening up commercial hatcheries around New Zealand risked the spread of diseases like whirling disease, found in Canterbury but not in the North Island, Mr Deans said. Farm escapees could corrupt the wild gene pool, he said. Trout were a freshwater species with a very different biology to salmon and less highly valued for aquaculture.

Any government must weigh up disease, genetic, poaching and also biosecurity risks like the spread of didymo against minimal gain, he said.

New Zealand Federation of Freshwater Anglers president Ken Sims, of Palmerston North, questioned whether government would encourage the Sanford proposal to replace mussels, which filtered the water they lived in, with trout, which would heavily pollute their environment.

A MAF spokesperson said trout farming is prohibited under the Conservation Act and Fisheries Act. In the early 1970s salmon and trout farming where both considered, but the government decided to only allow salmon farming.

Previous StoryWhen is the best time to fish the Tongariro?
Next StoryBook now for next kids fishing day – Sunday 4th June