“There is strong evidence of growing divide across our regions. There is hope: there are policies and strategies we can try. But evidence suggests many of them will be futile,” Shamubeel Eaqub says.

OPINION: I have been reading Rebooting the Regions, a book published by Massey University Press about the plight of some of our regions and what we should do about it.

Regional development is back on the policy agenda and the Northland by-election suggests it will become even more important in the 2017 general election.

But the book makes clear that while there are options, successful regional development is extremely difficult. 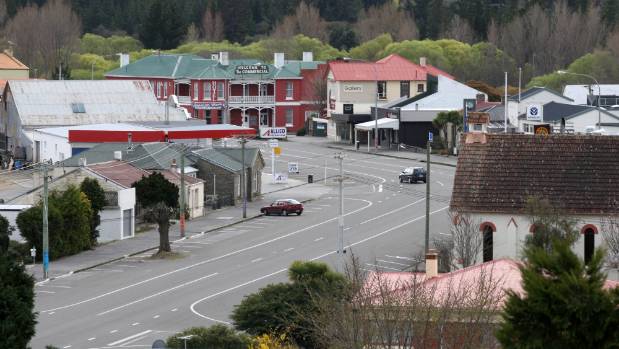 The commercial and political capitals are pulling away from other regions.

Throughout the book is a palpable sense of needing to do something, finding hope in possible approaches, but warning of futility when fighting structural decline.

The two most impressive chapters look at the income inequality in and between our regions, and how to manage decline gracefully.

Our regions are growing further apart. Incomes after adjusting for living costs have risen significantly in Auckland and Wellington.

The commercial and political capitals are pulling away from other regions.

Astonishingly, of the remaining 14 regions, only six have experienced real income gains over the last three decades. That is, eight regions have seen declines in real incomes over a three-decade period.

The regional divergences we see today are not new, nor unique to New Zealand. We see similar patterns in other advanced economies around the world too.

While incomes are growing much faster in Auckland and Wellington, there is a large gap between high and low income earners. In contrast, incomes are more equal in the provinces, but more equally low incomes.

The income divergence across our regions is rooted in deeper economic and demographic changes.

Changes in the economy, towards more services sector jobs, is favouring urban sectors.

Globalisation and technological change are offshoring or mechanising manual work – which is affecting provincial economies harder.

Our thinking in local government and economic policy is based on an expectation of continuing growth. Stagnation and decline are seen negatively.

Yet, that is reality of ageing populations and young people leaving the provinces for economic and other reasons for urban centres.

The policy response to stagnating or declining population tends to fall in three camps: doing nothing; trying to reverse it; and accepting it and making the best of the situation.

After some years of neglect, regional development has switched from doing nothing to counter the growing divide by fostering growth.

There is a strong view that decline, sometime in train for decades, can and will be fixed.

“Governments are often subject to short political cycles with minimal policy windows, whereas demographic trends take decades to play out and are often not understood by the government – let along the general public.”

But we know that some places do vanish. In an old and ageing Japan, there is good evidence that ageing and declining populations are normal. And that communities can disappear from time.

The role of the government may be to manage that decline, so that those who continue to live in these communities have a reasonable standard of living. This is particularly important

The international evidence from the United Kingdom, United States and France for growth fostering measures is troublingly mixed.

While regional interventions often work for the specific region, it comes at the cost of neighbouring comparable regions.

There is often no net gain for the country as a whole. Worse, once the programmes finish, the benefits also tend to fade in most cases.

Where the growth fostering policies have worked, they had some inherent strength in their location or economic potential, for example natural resources and weather amenable to year round tourism.

Regional development is a topic that needs much further research and attention. There is no recipe that will work in every occasion.

There is strong evidence of growing divide across our regions. There is hope: there are policies and strategies we can try. But evidence suggests many of them will be futile.

We should try, but we should also develop robust and sensible strategies for graceful decline.

If we can’t save a place, at least make sure we don’t abandon the people who live in these communities.

Turangi – what a wonderful place to live…