As there has been lots of interest from regular tourist visitors (aka anglers) and curious inmates about the proposal for a new service centre and fast foods outlet on SH1 in Turangi, the following should bring everyone up to date.

Other controversial proposals in Turangi for a high rise international tourist anglers hotel and casino restaurant and bird sanctuary (free of 1080) complex – on the corner of SH1 and Piri and Taupahi Road – are at preliminary planning stage.   “Scheme Plan 6” is commercially sensitive says their company director project management spokesperson, SWMBO… 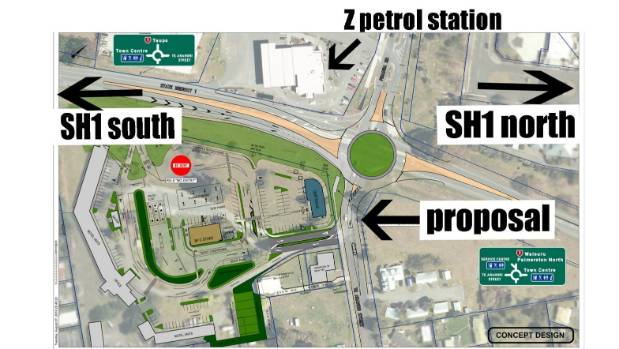 NZTA says the roundabout proposed for Turangi would not fit without taking up additional land.

A developer dreams of diverting drivers to Turangi – but the Transport Agency wants State Highway 1 to flow freely.

The Holmes Group is seeking permission to convert an empty grassy lot in front of Parklands Motor Lodge into a drive-through fast-food restaurant and a BP petrol station, complete with Wild Bean cafe.

The development would be on the opposite side of SH1 from Turangi town centre and the existing Z petrol station and Burger King. 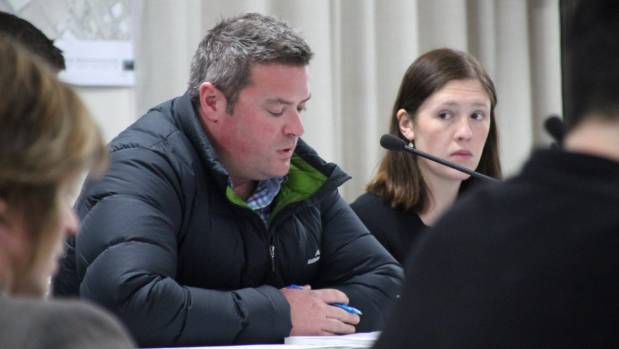 Ryan Holmes, speaking from a statement at the resource consent hearing for the Te Arahori St subdivision in Turangi.

“For a small regional town like Turangi, growth and jobs are hard to come by,” he said. 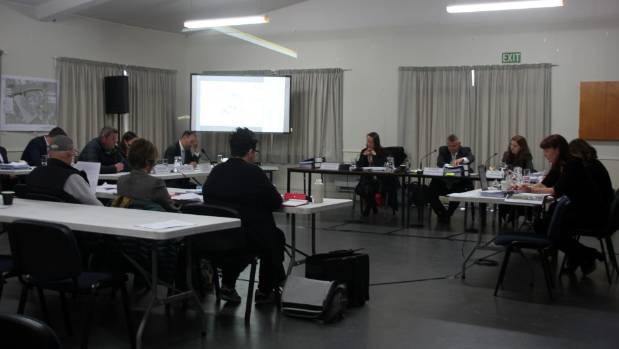 The applicants [left], the opposition [front] and the commissioners [back right], at the resource consent hearing for the Te Arahori St subdivision in Turangi.

Holmes said the existing entrance to Turangi, which features a turning bay for southbound traffic, discouraged passing drivers from stopping.

“There’s nothing there at the moment that says ‘stop, look and shop’. People pretty much just travel straight through,” he said. The grassy land to be developed is between Parklands Motor Lodge, State Highway 1 and Te Arahori St, at centre of this picture.

“The [road] design that is there at the moment doesn’t invite people to slow down,” Holmes said.

“This development could be a catalyst for NZTA and Turangi’s community to get a roundabout installed, which would improve road safety and connectivity between the eastern and western parts of Turangi,” Holmes said.

Destination Great Lake Taupō made a submission in support of development. 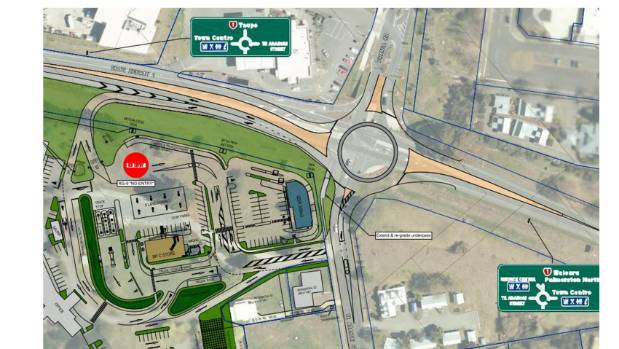 Ryan Holmes says a roundabout at Turangi’s entrance could help the town profit from the expected increase in visitors to Taupō and Whakapapa – if NZTA permit it to be built.

“We support this development in its entirety as we believe this development will enhance the sense of ‘entrance’ to Turangi, [it] has the potential to leverage intersection safety improvements at the site and should contribute to an overall sense of vibrancy for Turangi,” the tourism promotion agency wrote in its submission.

The New Zealand Transport Agency, however, said the proposed roundabout was too small – its central island was only 36 metres across.

Transport engineer Robert Swears said the “desirable” diameter was 44m, as vehicles would approach the roundabout at 80 kilometres per hour. 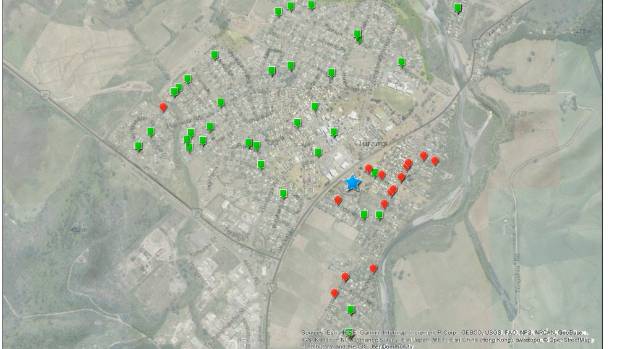 This map shows the location of Turangi-based submitters on the Holmes development [star] and whether they support or oppose the development.

“I’m not sure how you would get a suitably-designed [44-metre] roundabout within the land you have available,” Swears said. 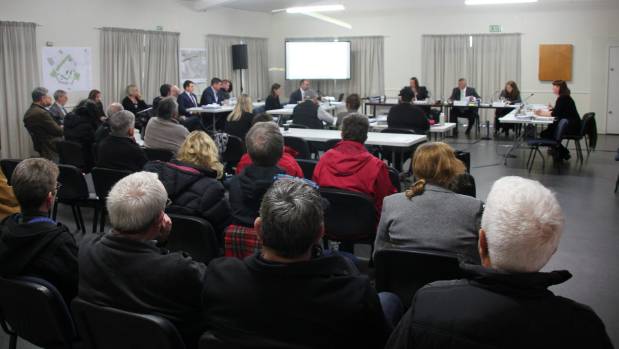 The resource consent hearing for the Te Arahori St subdivision in Turangi.

One of the groups in opposition, the Holmes Proposal Opposition Group, has 181 members, consisting of 67 residents, 74 holiday home owners, 12 descendants of property owners and 30 other supporters.  The group raised $6544 on Givealittle.com for legal costs.

The district’s visitor and business promotion agencies both thought differently, however. 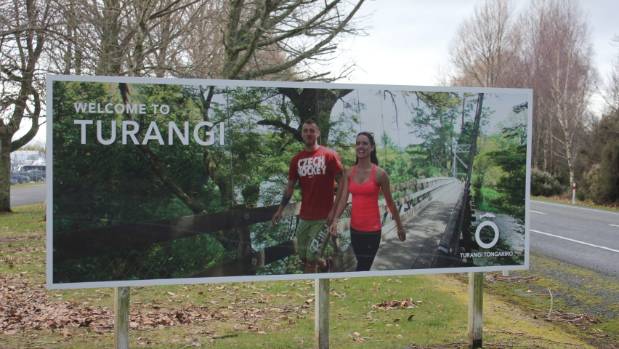 People could be welcomed to Turangi with dual service stations on opposite sides of the road.

Enterprise’s chief executive Kylie Hawker-Green said the development would be great for Turangi.

“Turangi has a complex array of social and economic challenges, the biggest of which is lack of secure, year-round employment opportunities.”

Because of the Ruapehu Alpine Lifts’ planned gondola, a significant surge in visitors was forecast for the region, she said. 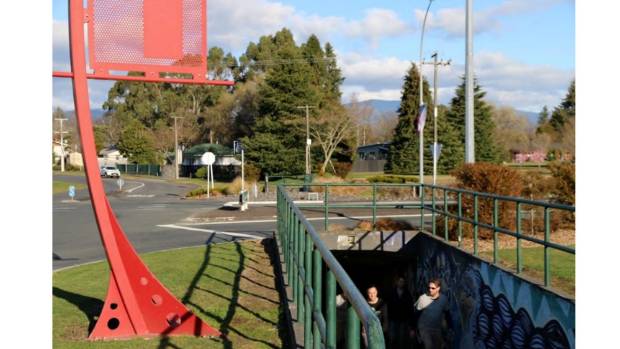 NZTA road engineer Robert Swears said the existing underpass under SH1 was not being utilised and pedestrians appeared to prefer crossing the road near Turangi.

“Turangi, at present, does not have the necessary array of market-ready ancillary services to cater for high numbers of passing visitor traffic. Provision of new facilities to support this growth in visitor activity are crucial for the sustained development of the area,” she said.

Hawker-Green said EGLT concurred with the Economic Impact Assessment provided in support of the application, which said the development would result in a number of positive developments.

These included: ongoing economic injection of $4 million p/a, an initial economic Injection of $2.6m with the construction, and the creation of 43 new local jobs. 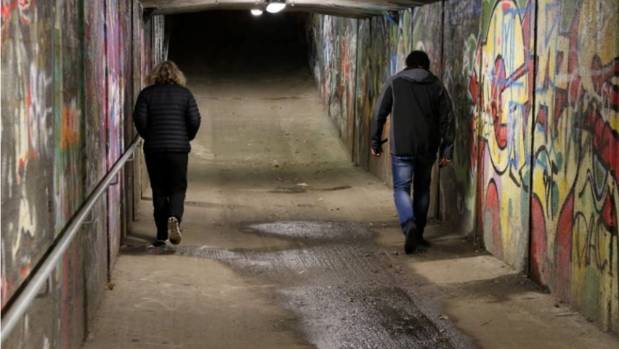 NZTA road engineer Robert Swears said the existing underpass under SH1 was not being utilised and pedestrians appeared to prefer crossing the road near Turangi. 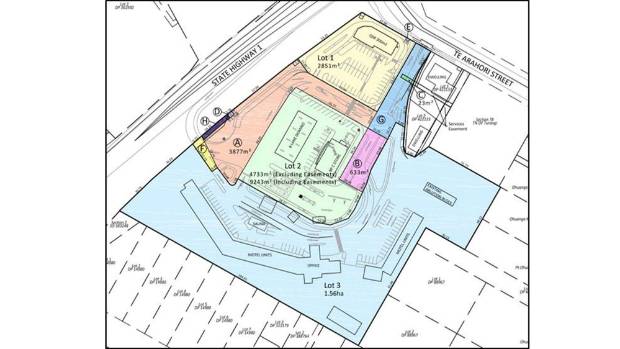 The Holmes Group’s proposal is to subdivide the Parklands Motor Lodge’s land into three lots, with the Motor Lodge retaining the largest amount of land in Turangi.

The Turangi and Tongariro Residents Association, which opposed the proposal, wasn’t sold on its economic benefits.

“The Tongariro Prison holds approximately 500 inmates and provides solid, full-time meaningful employment for many people in the area.

“The released men are trained in various skills and crafts.  However, front-of-office customer service and money handling are not considered appropriate employment for recently released prisoners,” she said.

“So, unfortunately, the Holmes Group will not be in a position to offer employment to those in our community desperately in need of jobs.

“By contrast, our local businesses already struggle to find staff with these skills.”

Workers from outside Turangi would need to fill the jobs – adding to the town’s rental shortage, she said.

“We have an accommodation shortage and a staff shortage. We do not need to add to this,” she said.

Greenslade said there were 13 high-end accommodation providers to the east of SH1 in the area known as the “Riverside Turangi” or “old Turangi”.

These lodges hosted visitors keen to fish the nearby Tongariro River, and having a fast food restaurant at the entrance to the neighbourhood would compromise the lodges’ appeal to wealthy visitors, Greenslade said.

“To suggest that we are a backwater town, struggling to survive and desperately in need of a fast food restaurant and another petrol station is to ignore the actual facts of our economic environment.”

The Transport Agency was also concerned a new fast food restaurant would encourage pedestrians to cross SH1.   Swears said this would create a safety concern.

The existing underpass under SH1 was not being utilised and pedestrians appeared to prefer crossing the road, he said.

“My experience over 29 years is that pedestrians will take a shorter route, rather than an alternative longer route,” he said.

“I don’t know know how the applicant will discourage pedestrians from crossing that road,” Swears said.

Swears said the NZTA’s purpose was to contribute to the “effective and safe” functioning of the national road network.

Its purpose as not to facilitate private development, and allow the taxpayer to bear the financial costs of that development, he said.

“There is not presently a significant road safety issue at the intersection,” he said.

“Therefore, on a standalone basis, it would be difficult to justify prioritisation of significant road safety improvements at the intersection.”

The commissioners will decide on whether to grant or decline the resource consent in the weeks ahead.  They are required to release a decision by October 31. 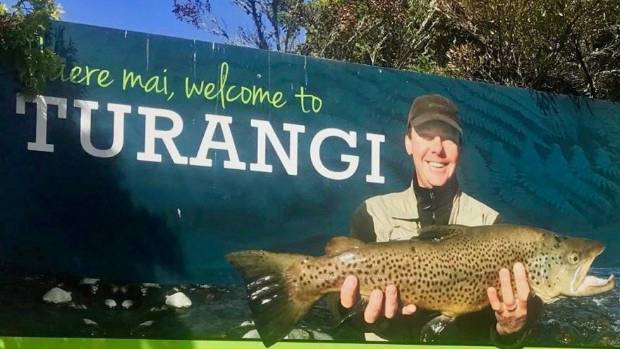 A proposed truck stop, restaurant and service station project is being opposed by the New Zealand Transport Agency.

A proposed development for Turangi has been opposed by the New Zealand Transport Association.

The development on State Highway 1 would include a 24-hour service station (BP Connect), truck stop and restaurant.

NZTA principal planning advisor, Jenni Fitzgerald, said they had advised the developer Holmes group, that they were not supportive of the project because of the potential impact on people using State Highway 1.

She said it was a “national strategic” highway that had about 4,500 traffic movements a day and 15 per cent of these are heavy vehicles.

“This section of State Highway 1 was upgraded in 2013, including a redesign of the State Highway 1/Te Arahori Street/Pihanga Road intersection to reduce the crash rate,” she said.

Fitzgerald said they were open to discuss the project.

“We are open to any revised proposal which incorporates measures to address these safety concerns and we will continue to work with the Taupō District Council, the Holmes Group and the community on this matter.”

A spokesperson from the Holmes Group said they were aware that NZTA are not supportive of the development as it currently stands.

“We are continuing with the resource consent process. Nothing has changed in that regard.”

Ryan Holmes from the Holmes Group said they submitted the land use and subdivision application on January 25 and on February 21 Taupō District Council requested more information.

Holmes said they are in the process of answering all of the council’s requests and expected to have fully responded by April 6.

A council spokesperson said the council was still deciding whether the resource consent application for the project should be publicly notified or not.

“The findings or outcomes must be defendable under the RMA process. The conclusions of these reports are positive and any issues which have an effect will be mitigated with those affected,” Holmes said.