Make the most of the fine weather today as it is not looking so good for next week.  Mandy from Tongariro Expeditions – shuttle bus operators for the Tongariro Crossing – advise:

We are cancelled right through till Wednesday at this stage as another storm front is bringing rain and gale force winds for most of the week. At the moment there is very little snow left on the track, this storm front may take most of the snow from the track so the next operational day may be freedom hiking all the way over.

I’m sorry DOC.  Everyone is so negative about DOC these days.  I wish someone would post something more positive and encouraging and then we would post it with HEADLINES.  But all we hear of is criticism… 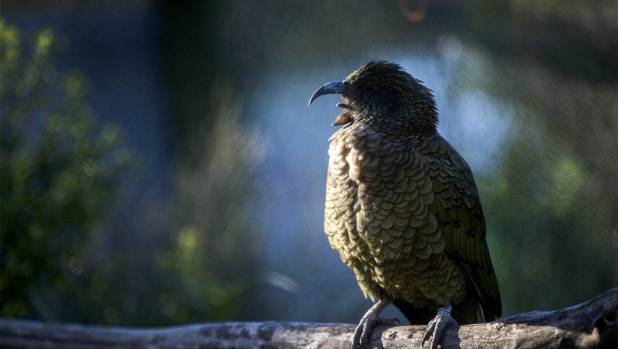 This is the finding of new research by Victoria University, which suggests the Department of Conservation (DOC) is spending roughly a third of its budget subsidising tourism, but receiving little in return.

In contrast, only 9 per cent of DOC’s annual budget comes from the tourism industry, which includes concessions from operators, tourist user fees, donations and sponsorships.

Sustainability expert Valentina Dinica, who conducted the research, said the relationship had to be reversed if Kiwis hoped to save protected areas and stall the decline of 2800 threatened species.

“New Zealand’s biodiversity is in crisis – tourism is not,” she said.

The research, conducted between 2009 and 2014, showed the amount DOC spent maintaining and upgrading tourism facilities was actually increasing – a trend that Dinica said had continued unabated.

“If you look at the legal framework, biodiversity conservation is legal objective number one for DOC. Tourism is number four, but we don’t see this ranking reflected in the budget.”

Dinica said the key to addressing the imbalance was for the Government to increase the demands placed on tourism operators working in protected areas.

“Currently, concession contracts generally specify what businesses must not do in order to avoid harming nature. But there are no specifications of what businesses should do to help with biodiversity conservation.”

Too much emphasis was placed on partnerships with big players like Air New Zealand, to the detriment of gains to be had from smaller concessionaires, Dinica said.

Previous amendments to the Conservation Act also allowed concessions to be granted for much larger periods, limiting the opportunities for public engagement.

“We should use financial instruments, such as tourism taxes, national park entry fees and a wider range of user charges,” she said.

“New Zealand citizens and residents could be excluded, or charged at lower rates, to recognise their contribution as taxpayers,” she said.

“Some countries raise as much as 80% of the funds needed for conservation from such sources.”

Dinica said there had been a “persistent lack of political willingness by New Zealand governments” to introduce any such financial tools.

Conservation Minister Maggie Barry said she had been encouraging DOC to evaluate and tighten up its concession process.

“That means taking a more commercial approach to contracts, not just in a financial sense but also to ensure good biodiversity and conservation gains as part of DOC’s partnerships work,” she said.

Barry said “a suit of changes” were currently be worked through around how DOC made sure it received appropriate levels of revenue for facility upkeep and conservation contributions.

“We also intend to introduce differential charging, which will see overseas visitors pay more for facility use than New Zealanders who already pay through their taxes and rates – the money raised from this will go directly into biodiversity and recreation work, as revenue from concessions does.”

In May the Government announced the establishment of a $102m tourism infrastructure fund, alongside an extra $76m for DOC.

The additional funding was ring-fenced for developing tourism infrastructure and developing new National Walks, with none of the funds able to be used for conservation.

The Victoria University research recommendations echo those made in May by Parliamentary Commissioner for the Environment Dr Jan Wright, who urged the Government to consider a nature levy at the border.

Wright’s recommendation was in light of findings that New Zealand’s native bird life was in a ‘desperate situation’ with 80 per cent of our native species threatened.

READ MORE:
* Native birds in ‘desperate situation’ with 80 per cent threatened
* Who should pay to keep NZ pure? Time for tourism operators to chip in
* Kiwis believe native biodiversity in good shape despite 2800 species in decline