Thanks Tran for an excellent video demonstration of how easy it is to land a well conditioned trout for the table – compared to the American disease of catch & release.

Someone was recently criticising this region for not trying hard enough to brand ‘trout towns’ or doing enough to promote trout fishing?

Well did you know a new subdivision – the Brentwood subdivision near Nukuhau – has followed a trout fishing theme and named the streets after famous flies including Parsons Glory, Pheasant’s Tail, Blue Dun, Yellow Lady, Red Setter.

I wonder how they missed the most popular fly – the Woolly Bugger?

A happy Harvey Clark (well known angling instructor from Rotorua) photo last Wednesday when the river was running at over 50 cumecs.   He was buzzing after landing 8 in about 2 hours nymphing with a glo bug, the big fish were released and he kept the three fatties.

Recreation Release 9am to 3 pm from Poutu Dam will increase flow on Tongariro on Saturday 16 September.

Email from Tony in Melbourne…

Hi Ross and Pip, I’m back on the job and wishing I was back in Turangi…..anyway I “cold” smoked 4 fillets of the trout I took home – 1 day in and two fillets are already finished!!! Have attached a couple of photos. Got to say best trip yet, my skill level has without doubt improved from lessons learnt during prior trips – can wait to improve further when I get back next year!!! 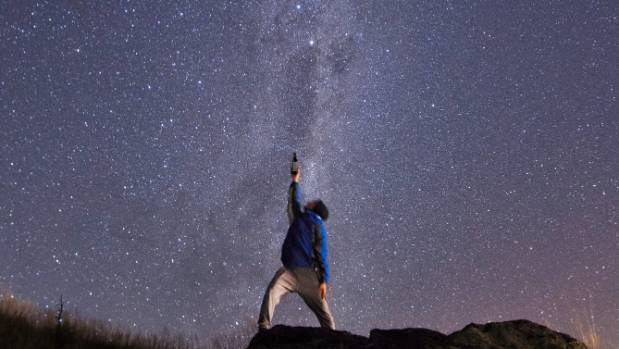 New Zealand is a perfect place for contemplating the universe: our remoteness and limited light pollution mean our night skies are some of the most star-studded on earth.

While about 80 per cent of Americans live under skies that never get dark enough to see the Milky Way, most Kiwis are treated to a stellar display of stars every (clear) night.

There are several spots though where stargazing is taken to a whole other level, including two deemed “dark sky” preserves by the International Dark Sky Association (IDA).

Whether or not the much-anticipated “super massive” aurora does indeed show up over New Zealand skies, these places are well worth checking out. Tekapo’s Church of the Good Shepherd against a backdrop of stars.

There are numerous ways to take in the glittering constellations, either on your own or via guided tour.

Zoom in on the craters of the moon, planets, Milky Way and distant galaxies through the powerful telescopes at Mt John or Cowan’s observatory near Lake Tekapo. Mt John houses the largest telescope in New Zealand, capable of observing 50 million stars each night.

Earth and Sky operate night and day tours from Mt John, while Big Sky Stargazing will take you to Aoraki/Mt Cook after an introduction and orientation at the Digital Dome Planetarium.

Tekapo Star Gazing has come up with an ideal solution to the fact that stargazing in the South Island is often a freezing activity: a two-hour information and viewing session followed by a two-hour soak at Tekapo Springs.

If you’d like a little food and wine to go with the night’s entertainment, head to Ashley Mackenzie Villa in Twizel, where you can check out the latest technology in stargazing and astro-photography in the private observatory while enjoying nibbles and refreshments from the wine cellar.

If you’re lucky, you’ll be treated to a natural light show at Rakiura National Park.

They mightn’t quite have the star power of their northern counterparts, but the southern lights are just as beautiful a sight to behold.

Rakiura, the Maori name for Stewart Island, translates to “the Land of Glowing Skies”, which refers to both the Southern Lights (the Aurora Australis) and the stunning sunsets on the western horizon.

The national park occupies 85 per cent of Rakiura, about as far south as you can easily get during the austral winter, so it’s fair to say the light pollution is exceptionally low.

Explore the coastal rainforest, granite mountain ranges and vast sand dunes by day and settle into a Department of Conservation hut at night for a stargazing experience par excellence.  If that isn’t enough to keep you up all night, the calls of ruru, weka and kiwi might.

How about this for a perfect date night: watch the sunset from the top of Coronet Peak, carve up the slopes as the twinkling lights of Queenstown attempt to outdazzle the stars above, and enjoy an apres-ski pizza and wine by a roaring fire as a DJ spins the decks.

Many of the pistes are open until 9pm on Fridays and Saturdays, making for a truly magical skiing experience. While the floodlights make it harder to see the stars, take time on the drive back to Queenstown to pull over somewhere remote and take them all in. 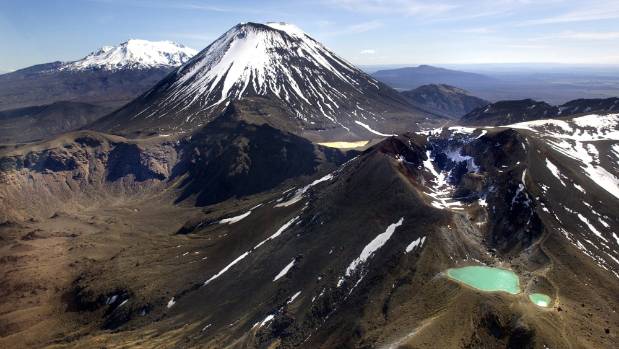 Hike the Tongariro Crossing at night, and you could have the volcanoes and sulfurous lakes to yourself.

Often touted as the best day hike in New Zealand, if not the world, the Tongariro Crossing can become a bit of a conga line during peak season.

Beat the crowds by making the trek at night and you’ll also be treated to a stellar stargazing experience. Begin climbing, with guide and headtorch, at about 2am and you’ll see the Devil’s Staircase and Mounts Ngauruhoe (aka Mt Doom), Tongariro and Ruapehu bathed in moon and starlight.

Arriving atop the geothermal Red Crater at dawn, you’ll probably feel like you’re on the moon as the strangely empty landscape comes into sharp focus. Great Barrier is the only island in the world designated as a “dark sky sanctuary”.

The first island in the world to be named a “dark sky sanctuary”, Great Barrier offers a star gazing experience like nowhere else.

The island’s lack of mains electricity, traffic lights and minimal outdoor lighting were major factors in it achieving sanctuary status in June this year, as was the community’s focus on protecting the natural environment.

A group of locals have since become dark sky ambassadors, offering to help acquaint visitors with the stars above and share their knowledge of astronomy (for a fee). Or you can do as many visitors to the island, about 100km northeast of Auckland’s CBD, and simply set up your telescope – or camp – under the stars.

What’s your favourite spot to stargaze? Let us know in the comments.