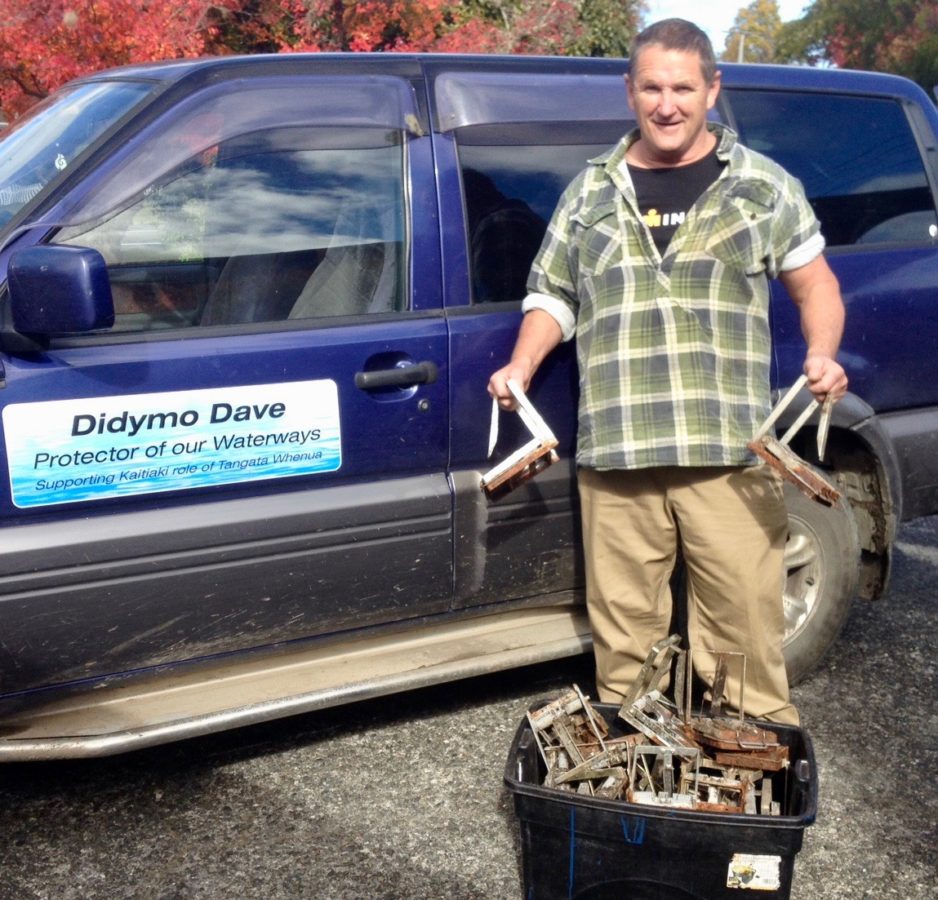 The images tell the story… 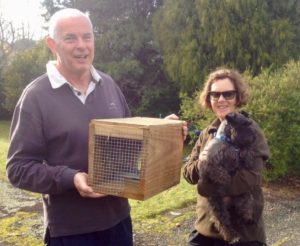 Top image dated 8 May of Didymo Dave displaying the traps he discovered were about to be dumped.

A wire brush removed the rust and he soon had them back in working order for the local kids to assemble inside a box.

TRM immediately received an inquiry from a local holiday home where, to their horror, they discovered their garden was hosting a weasel or stoat preying on their native birds.  The chorus from the many tuis and tweeting bird songs from other native species are a wonderfil feature of the river-walk trail beside their property near the Island Pool. 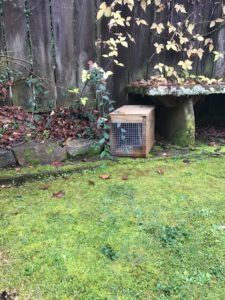 We contacted Dave who even delivered one of his traps.  The next image is Rod Hancox (with Margaret and Ziggy) taking delivery of his rodent trap at TRM on 30 May – hence the following email on 4 June from Rod…

Look what we now have in our garden in Turangi, and all thanks to your post on the WEB the other week Announcing, DIDIMO DAVES traps…….just that week we saw our very first Stoat run through the garden in Taupahi Rd

Great timing I say……we rang you and ordered one of the said traps,  on arriving, not only a trap but all packaged in its own Box, we understand made by children in the local school, all credit to Dave…….Many thanks Dave

Margaret and I can sleep easy now, trap set and waiting 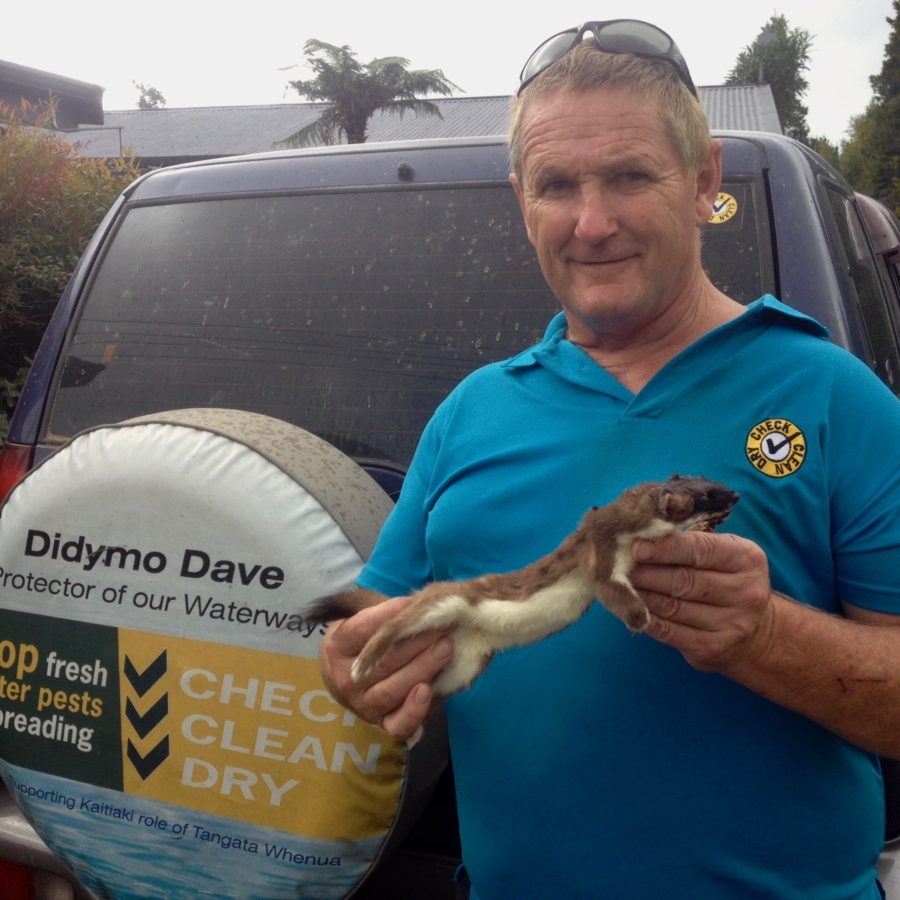