Thank you for the extraordinary huge response to TRM’s Daily Report yesterday – when a TRM inmate complained about a fishing guide barging into a pool just above him and spoiling his day.

Far too many comments to repeat (with some censored by SWMBO) but below is typical: 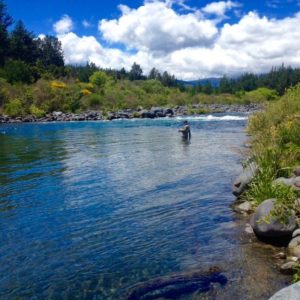 Hi Ross
Yes name and shame him.  I fish the river often and could prob tell you who it is – it only takes a few seconds to ask.
Cheers
S…

Hi Ross, Interesting article on guides. A little while ago I had the same experience of a bloke charging thru my patch and when I nicely told him and his reply was that he was a professional guide and my reply was that I didn’t know Girl Guides were pro’s and then I started to run, Cheers T.

Love your work Ross,
Absolutely you should name and shame  .I bet I know who it was, hired him once, never again, rude and unprofessional was the least of it…  MT 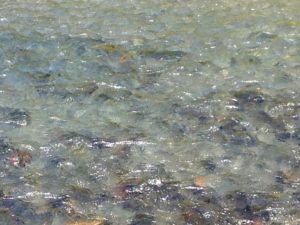 We had another complaint about a Taupo fishing guide recently pulling the same stunt – barging in front of others in the Braids.

Another reader asked for more info on the alternative option – where we suggested was even better.  We counted somewhere between 25-30 actively feeding on the surface in the shallow run – photo on right.  Those dark shadows are trout…  But you need to stay at TRM to get directions.

So it is pleasing to see most Tongariro anglers still maintain a traditional sense of probity about their fishing.  The fishing guide’s enthusiasm to favour his clients was unfortunate but SWMBO thinks he was only trying to make a living so TRM have not named him – this time…  All it would do is incite a war of words.

The rules again – copied from Sporting Life website – are:

Never wade in above another angler who may be nymphing up-river.

Similarly never walk in below a wet liner working their way down river. Just ask first.

Courtesy costs nothing and makes such a difference to the enjoyment of your day.

As the rivers get busier, the need to adhere to some form of rules is necessary to make it fair on all anglers. Once again anglers seem to be standing in one spot and not “moving through” a pool.

The idea is to have a few casts, move, have a few more casts, move, and when you either get to the head of the pool when nymphing, jump out of the river and go back to the tail of the pool behind everyone and work your way back up river.
If wetlining once you have got to the tail of the pool, get out and go back upstream to the head, slip in behind the last angler and work your way downstream again. 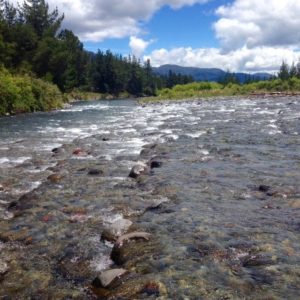 Also if you get to a pool, ask the angler who is already in there if you can have a fish if they are conducting a different method than you.

If one is nymphing and the other wetlining then you generally agree to cross over in the middle.

If someone is not moving, then ask them politely if it is ok to go around them to carry on. 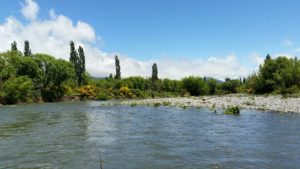 Failure to adhere to these so called RULES will result in tension, causing anglers to get angry and then eventually an exchange of expletives will result, then finally we will get fisticuffs.

Before yelling and screaming at someone, go up to them and have a quiet word to them to see if they know what they are doing as they may be new to the river and unaware what to do.

Imagine how you would feel if you were new to an area and someone was going off at you like a raving lunatic.

It would put you right off fishing. 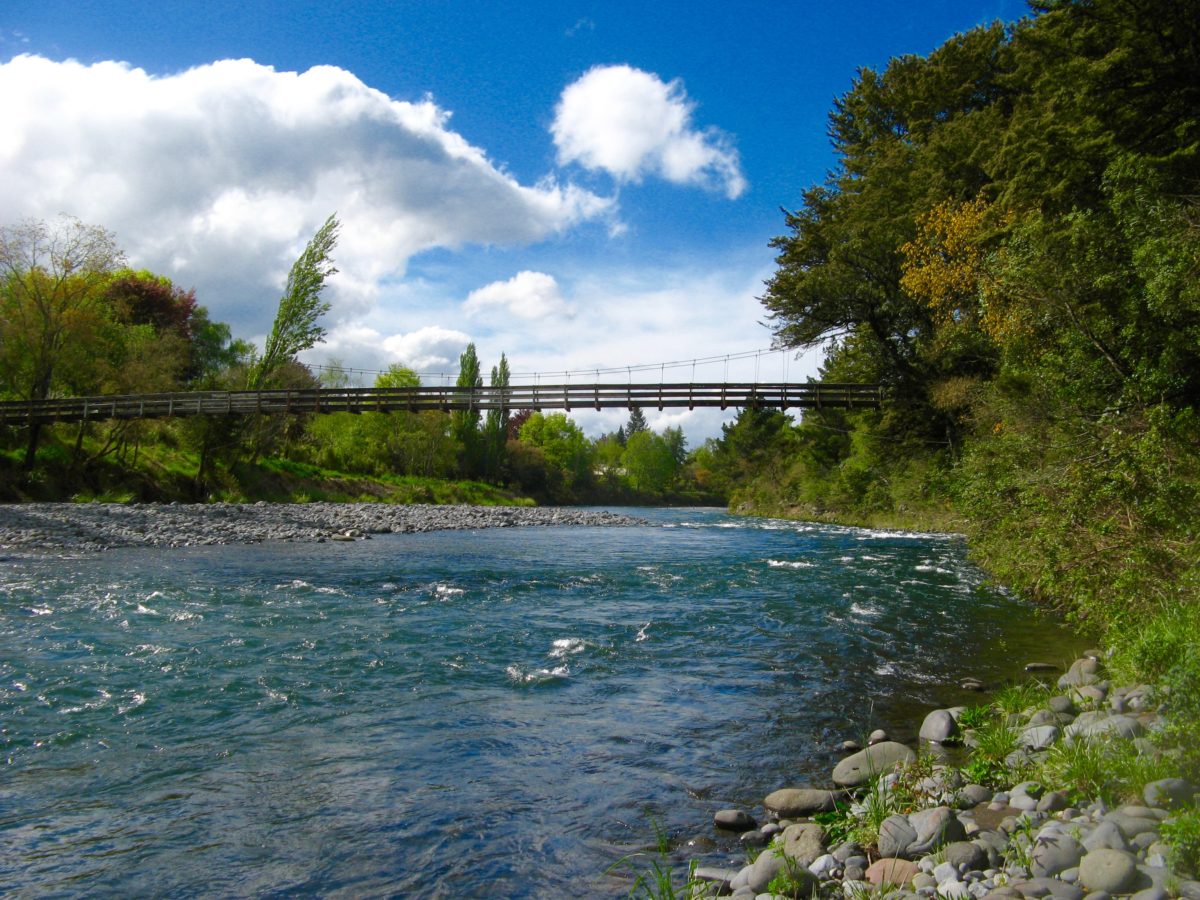