Australians who book hotels online using sites such as Expedia, Booking.com and Hotels.com are missing out on cheaper deals than if they simply picked up the phone.

They’re also being encouraged to avoid online booking sites because they are driving a “wrecking ball” through the local economy and harming the Australian hotel industry.

Rod Sims, the chairman of the Australian Competition and Consumer Commission, has advised all Australian consumers to start calling hotels directly to ask for better deals.

Consumers may not know it, but a 2016 agreement brokered by the ACCC lets local hotels give discounts over the phone that they can’t provide online. 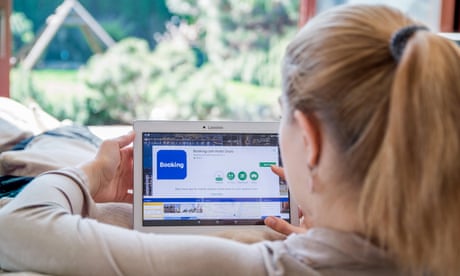 And a Guardian Australia survey across four capital cities found savings of up to 18% in some states, compared with Booking.com and Hotels.com, when calling over the phone.

A similar campaign, spearheaded by the entrepreneur Dick Smith, is also asking consumers to boycott the sites because their high commissions are “extorting” small Australian hoteliers.

Since their launch in the 2000s, online booking sites have exploded in popularity and now take an estimated 80% of all Australian hotel bookings, according to Accommodation Association of Australia.

The most popular sites are owned by two companies: Expedia and Priceline.

These two companies control 85% of all Australian online hotel bookings, according to the AAA’s 2017 submission to a Senate inquiry into internet competition.

Previously, Australian hotels had to sign parity clauses that prevented them offering cheaper prices than those on the booking sites.

But in 2016 an ACCC-led reform allowed hotels to offer cheaper rates over the phone, in person, or to loyalty members – but they cannot advertise those rates online.

“Once you find a hotel you want, ring them up,” Sims said. “I can’t guarantee it will happen every time, but I would think in the majority of cases you would get a better deal.”

The chief executive of the AAA, Richard Munro, agrees. “Consumers will 100% get a better experience and a better deal by calling the property direct,” he said.

“It is the only way an accommodation operator can offer a lower rate under the unfair contract they are forced to sign by these online travel agencies.”

On Wednesday Guardian Australia conducted its own survey of hotels across the country and found that prices were cheaper over the phone – but not in all cities. 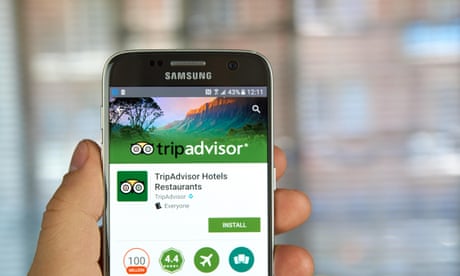 We compared four hotels in each of four capital cities (Sydney, Melbourne, Brisbane and Perth), with a spread of motels, hotels and serviced apartments. The same dates were booked for two nights, in a single room, for two adults.

Out of 16 hotels nationally, seven were cheaper, seven were the same, and two were more expensive.

In Perth, one hotel was 18% cheaper over the phone, with a $74 discount from a $400 total on Booking.com and Hotels.com. In Melbourne, two hotels were also 18% cheaper, while two were the same price.

In Brisbane, two hotels had phone discounts of 5%, and the rest were the same or higher.

But in Sydney, only one hotel was cheaper, and only by $3 over two nights. One hotel said it believed it was not allowed to “undercut” Booking.com, even on the phone. On the whole, Sydney hotels were the same or more expensive over the phone.

Booking sites take a commission on every reservation made on them, which can be has high as 25%.

Dick Smith, along with the AAA’s Richard Munro, is calling on consumers to boycott the booking sites because they “extort” small businesses.

mith told Guardian Australia some hoteliers he spoke to were now earning less money than ever before.

“Every motel owner (Include TRM in this) I spoke to said I hate that I have to sign up but I have to,” he said. “Some of them will lose 50% of their bookings. One hotel I spoke to gets 70% of its bookings through these American sites.

“Being on an American website is not going to give a small town more business. It means up to 30% of their income being sent to the US. They are being exploited.”

According to Munro, offshore travel agencies are “wrecking balls for Australia’s accommodation industry”.

“The expense for a typical motel can be as high as the wages paid, which is around 30 to 40% of expenses for a typical country motel, which is unsustainable and is forcing moteliers to cut hours of work of their staff in regional areas.”

“At first they were good. They gave hotels a wider audience than they would otherwise get. But they have become so universal now that a lot of hotels and motels believe that they won’t get any business unless they are signing contracts with these entities.”

The AAA’s Senate inquiry submission said commission rates had been steadily rising as booking sites became more popular, with some commissions now between 20% and 25%.

“Typically commissions commence at a staggering 15% of the room rate booked, but climb higher if you want your business listed on the first page or as ‘preferred’,” Munro said.

After the reaction to Smith’s campaign, the ACCC is now looking at further regulations for the industry.

Sims confirmed that the ACCC would look into allowing hotels to advertise cheaper prices online. “We are looking at whether the rest of the agreement, in terms of online parity, is anti-competitive,” he said.

Munro is also calling for the ACCC to outlaw price-parity clauses completely, which has been done in European countries including France and Germany.

But Carol Giuseppi, the chief executive of another hotelier body, Tourism Accommodation Australia, did not go as far in pushing back against online bookers.

“The important thing we need to say is that online travel agents have been around for many years, and they really do play an important role in the tourism industry,” she said.

She defended the practice of commissions as payment for the service the bookers provided.

“The reality is that the commission is there because the online travel agencies are marketing those rooms for the hotels. The online agency is providing an additional distribution channel. And now the ACCC have introduced the fact you don’t have to provide all your inventory, it’s up to the hotel how much to offer.”

But she warned that there was a wide range of ways for customers to be misled and they should still always ring up and try to book directly.

“We value online travel agencies as an important distribution channel but we do encourage consumers to book direct and in particular seek hotel loyalty programs.

“We now have a duopoly in the online market, which means that you do have certain behaviours when they work with operators which don’t have much market power …These online booking sites offer choice. You just need to make certain it is competitive choice and is not misleading in anyway.”

But Smith said the TAA represented large hotel chains, and smaller hoteliers were suffering more from the commissions.

“What power does a little family business have in a small country town? [The TAA] are all big business and the bookers wouldn’t dare charge the big Hilton or Marriott chain a large percentage. It is completely discriminatory.”

A spokeswoman for Expedia said: “Any hotel which signs up to Expedia Group benefits from our marketing and technology investments … It is also important to remember that hoteliers set their own rates, which are displayed on our marketplace.”

That is enough BS from the Australian’s experience with OTA’s.  Online Travel Agencies have a similar detrimental affect on NZ motel room rates.  Tomorrow TRM explain our policy on how we overcome them.  Only the guests who book direct are the winners.